The latest Premier League team of the week from Garth Crooks is with us, and it’s little surprise to see FA Cup winners Leicester City dominate.

Slightly more surprising, perhaps, is three Liverpool players getting in as a reward for narrowly beating already-relegated West Brom – and goal-scoring goalkeeper Alisson wasn’t even among the Reds stars to be picked.

See below for Crooks’ team of the week, courtesy of BBC Sport, with Manchester City’s Ferran Torres and Tottenham’s Dele Alli also among the big names to make the XI… 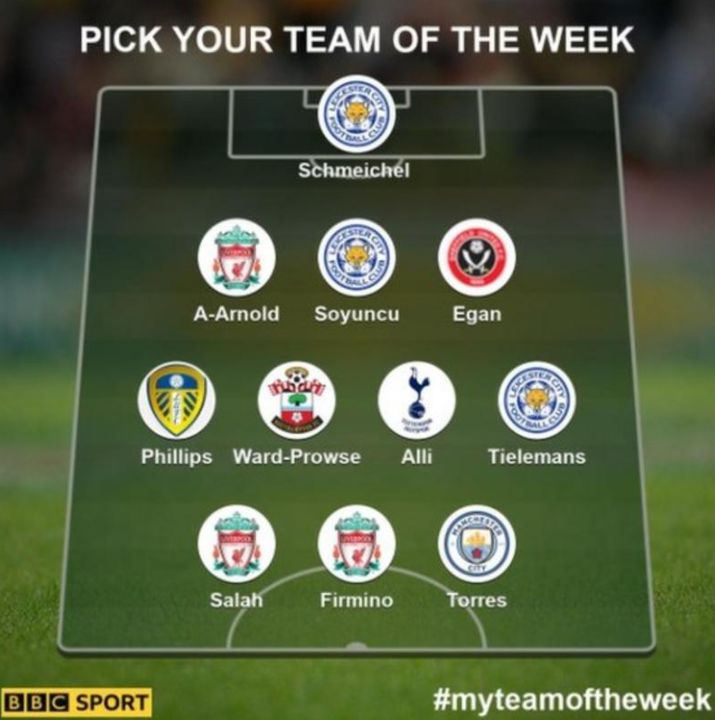 Frustratingly, Liverpool’s Trent Alexander-Arnold, who is undoubtedly one of the best attacking full-backs in the business, is used as part of the back three here, while central midfielders Kalvin Phillips and Youri Tielemans are used as Crooks’ wing-backs.

Obviously this team is never going to take to a football pitch, but it’s just often odd looking at these line ups in Crooks’ preferred 3-4-3 formation when so many of the players aren’t really being used in their best roles.