It’s destined to be a summer of change for Real Madrid, with Zinedine Zidane almost certain to leave the club and up to 10 of his current playing staff thought to be following him out of the door.

The change has been long overdue. Los Blancos should’ve taken on a more youthful outlook when Zidane made his initial exit after the 2018 Champions League final victory.

Rodrygo and Vinicius haven’t set the Santiago Bernabeu alight as was hoped when both were signed, and any other attempt by Florentino Perez and the club to integrate youngsters has been met by Zidane continuing to steadfastly back his ‘old guard.’

That cycle is done now, however, as can be seen by a number of results and performances this season. 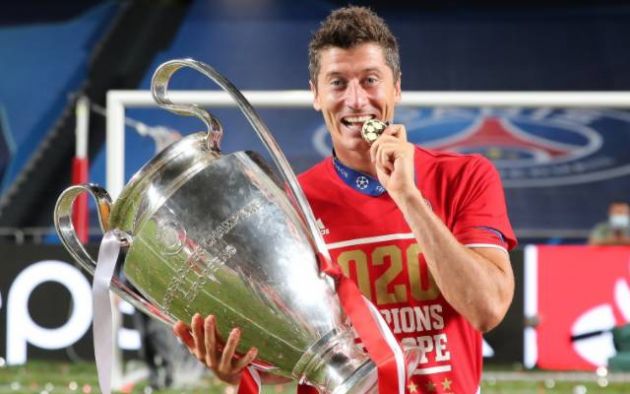 One experienced player that is still as evergreen as always is Bayern Munich’s Robert Lewandowski.

Real have consistently tried to sign him since 2013, but as Don Balon report, they’re destined to miss out on him again if, as expected, they make any move for him in the upcoming summer window.

The Polish international, who has a chance to break Gerd Muller’s Bundesliga scoring record in the final match of the season, and who is nailed on to be the European Golden Shoe, is wanted by Paris Saint-Germain.

That’s because, regardless of whether Kylian Mbappe leaves or not, Mauricio Pochettino is believed to covet Lewandowski’s skill set. Don Balon also suggest that the player is willing to end his career away from Bayern, so it’s a move that could make sense for all parties.