Thomas Tuchel has insisted that his weekly omission of Tammy Abraham is “never personal” after the Chelsea striker didn’t even make the bench for the FA Cup final.

Abraham was a key figure under Frank Lampard, netting 18 goals in his debut campaign as a Chelsea first-team player.

It was an impressive return, one which saw him stay in contention for minutes even after the signing of Timo Werner and the good form of Olivier Giroud.

That was, until Lampard departed. 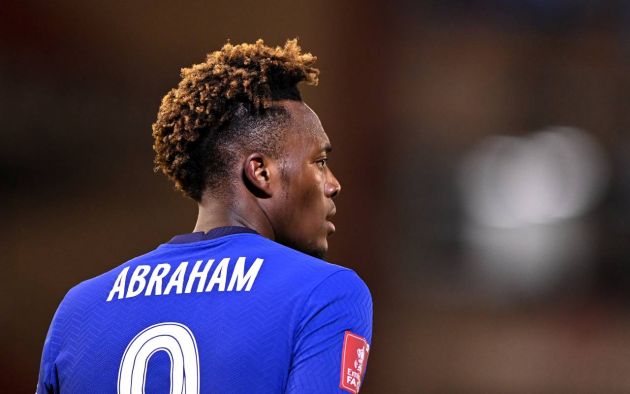 Under Thomas Tuchel, Abraham has been virtually nowhere to be seen. He’s a forgotten man at Stamford Bridge.

Abraham was not even on the bench as Chelsea took on Leicester City in the FA Cup final, with the Blues having lost without being able to score a goal.

Naturally, Tuchel has been quizzed on his reasoning for continually leaving Abraham out of the Chelsea squad.

Speaking to the media, the German explained that it’s nothing personal, he just has to make difficult decisions every week…