Liverpool have been told that Southampton midfielder James Ward-Prowse looks like an ideal Reds signing.

The England international continues to shine for the Saints, and his recent form has earned him a place in Garth Crooks’ latest Premier League team of the week on BBC Sport.

Ward-Prowse is certainly one of the Premier League’s most underrated players, with the 26-year-old proving a consistent high performer for Southampton for many years now.

It remains to be seen if this will ever earn Ward-Prowse a move to a bigger club like Liverpool, but the Merseyside giants have raided the Saints several times in the past for signings like Virgil van Dijk, Sadio Mane, Adam Lallana and others. 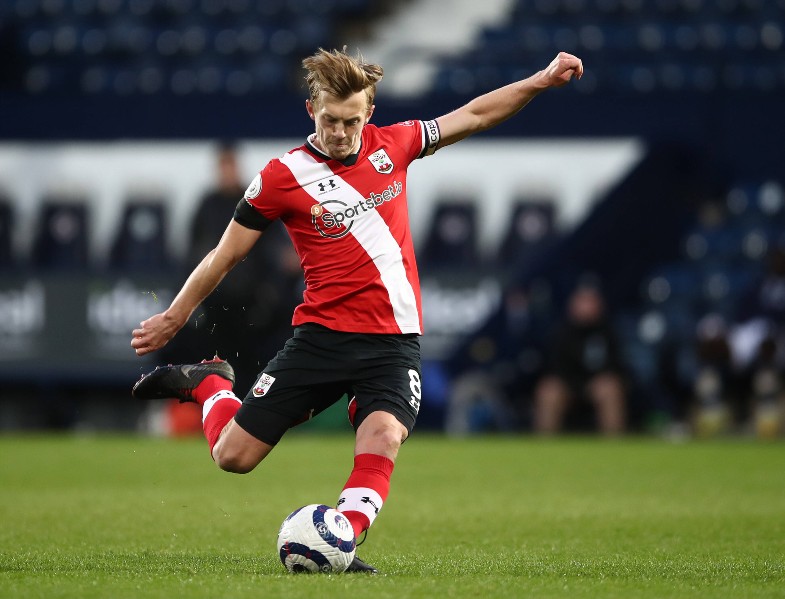 James Ward-Prowse looks like a Liverpool player, according to Garth Crooks

Ward-Prowse could be another useful addition as Liverpool look in need of making some changes in midfield this summer.

Georginio Wijnaldum will be a free agent at the end of the season and surely needs replacing, while doubts remain over Naby Keita and Alex Oxlade-Chamberlain.

Could LFC do well to listen to Crooks’ advice here? Writing in his BBC Sport, column, the pundit said: “He (Ward-Prowse) was instrumental in everything Southampton did last Tuesday against Crystal Palace.

“Danny Ings and Che Adams may have got the goals that night but it is Ward-Prowse who makes my team. The Saints demolished the Eagles and then did the same to Fulham a few days later, with Adams, Nathan Tella and Theo Walcott scoring this time, and Ward-Prowse getting an assist.

“Ward-Prowse, in my opinion, has been Southampton’s player of the season. They will do well to keep him. He’s a Liverpool player if ever I saw one.”