After an awful reverse at the Camp Nou against Celta Vigo, it seems that any credit Ronald Koeman built up with the Barcelona faithful and hierarchy has all but disappeared.

When you get down to it, the Dutchman hasn’t won any games of vital importance during the season, save for perhaps the Copa del Rey final.

In each league and Champions League game were there was something on the line, Koeman’s game management and substitutions were woeful.

Therefore, it would be absolutely no surprise whatsoever to see Joan Laporta give him his marching orders once the fixture against Eibar is out of the way this weekend.

However, who will replace him in the dugout?

The smart money would appear to be on former Barca playing legend, Xavi Hernandez. 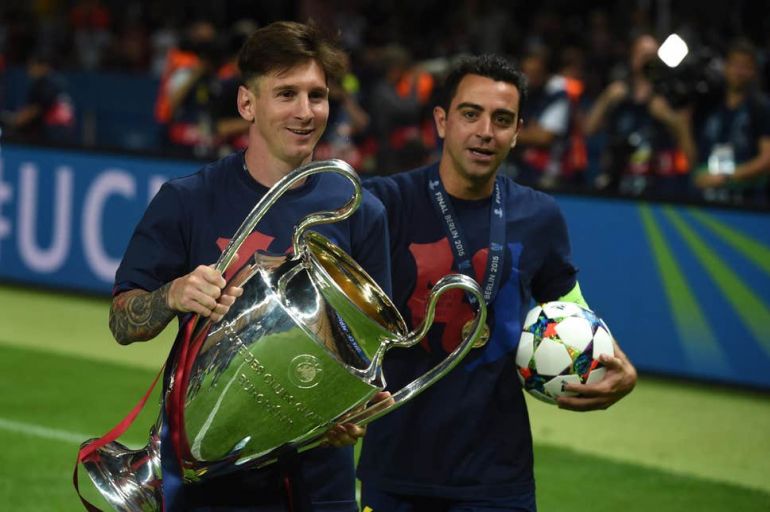 Xavi should have Messi’s respect

Xavi has a clause in his Al-Sadd contract, signed just last week, that would, potentially, allow him to take over at Barcelona. Whether he’s too green as a coach to come into the role at this time is a moot point.

Barca B coach, Garcia Pimienta, is a standout candidate, given that he’s spent his entire coaching career with the club, and even coached Leo Messi way back in 2006.

Could Laporta be about to create history again by promoting a coach from the youth set-up into the top job?

It’s believed that Bayern Munich’s Hansi Flick may have been a target, but an appointment with the German national team would rule him out of the running, which leaves Erik ten Hag.

The Ajax manager worked with Pep Guardiola at Bayern, and his style of play is very much in keeping with Barca’s own ideals.

There’s no doubting his pedigree either, but whether the Catalans could afford to prise him from the Dutch giants is another matter entirely.