Harry Kane transfer season has fully kicked off after yesterday’s big news that Tottenham’s star player has told the club he wants to leave this summer.

The England international is likely to have plenty of offers to move this summer, but where do the main clubs who could actually afford him stand at the moment? And how likely is it that Tottenham will let their star player go?

What’s going on at Spurs?

Firstly, they’re not at all happy with the timing of this announcement, as reported here. They’re also not at all keen to sell (no surprises there), and they really aren’t under a huge amount of pressure to do so.

Kane may well want out, but Tottenham have him tied down until 2024 on his current contract, so will demand in excess of £150million to let him leave this summer.

There will undoubtedly be clubs who feel they can afford that, and some might well look to get his price down with swap deals – something Spurs are not ruling out either.

“All of my conversations with H have been about the game. All these conversations, I am not so sure. I don’t know,” he said.

“I speak to Harry pretty much every day. He’s excited along with me about tomorrow. Our only discussions have been about the game tomorrow. We’re looking forward to tomorrow.

What does Kane want? 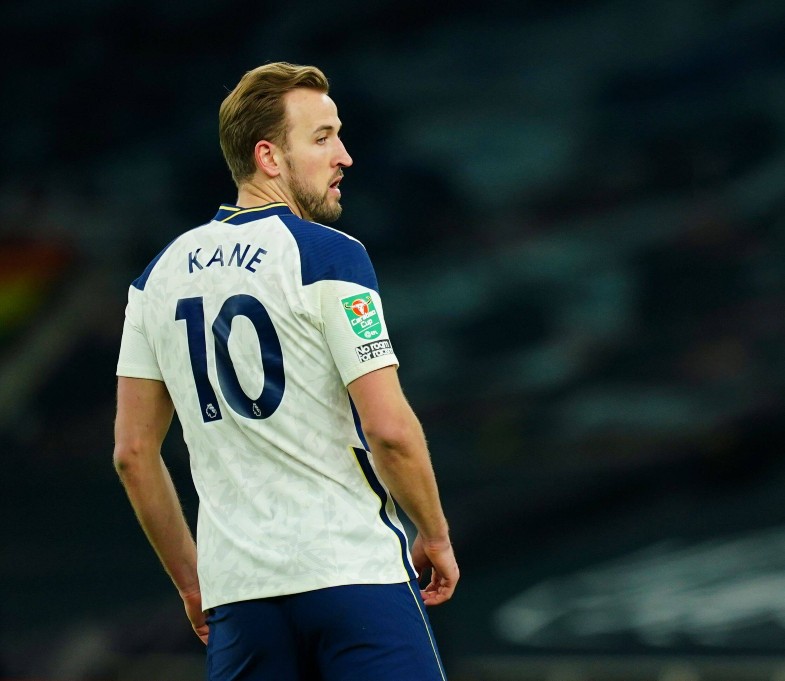 The main thing that’s clear is that Kane wants to leave Tottenham to win trophies. The 27-year-old is one of the best players in the world and has given his current club much of his peak years.

There is the sense that Kane feels Tottenham should let him leave this summer after he didn’t push hard for a move last year, despite again being tempted and having big offers.

Frustratingly for Tottenham, however, Kane is also understood to want to remain in England as he chases Alan Shearer’s record as the all-time Premier League leading scorer.

So, which rival club could Kane end up at?

This seems like the most obvious next move for Kane, but it might not be that simple.

Man City certainly tick all the boxes for Kane – he gets his chance to stay in the Premier League, and he’d likely win plenty of major trophies under Pep Guardiola.

On the face of it, City also need a signing like Kane as they prepare to lose Sergio Aguero, but their main priority is Borussia Dortmund’s Erling Haaland.

And despite City’s vast wealth, they don’t like to spend more than around £60million on players, having previously resisted the urge to splash out as much on individual signings as the likes of Manchester United and Chelsea.

Given Kane’s recent fitness record, it might be quite sensible for them to aim for a younger player like Haaland as their big investment instead.

Kane would surely be a dream signing for Man Utd, but there’s not currently any indication that he’s a priority for them either.

The Red Devils recently tied Edinson Cavani down to a new contract, and there’s some speculation that they’d rather sign a wide player like Jadon Sancho this summer.

Sancho was their top target last year and remains firmly on their radar, with the England international perhaps ideal to come in as an upgrade for struggling attackers like Anthony Martial, Jesse Lingard and Daniel James.

United also have to be careful with their spending and will also be prioritising a new centre-back and possibly signings in midfield and at full-back, which surely doesn’t leave enough for them to put together the kind of transfer package required to land someone like Kane.

This would be a controversial one, but there is a huge desire from Chelsea’s end to get this deal done.

On top of that, the Blues might be in the best financial situation to sign Kane as well, with the club showing their ambition last summer as they brought in a long list of big names, including Timo Werner, Kai Havertz and Hakim Ziyech.

Given that Werner in particular has been disappointing, Chelsea could unsurprisingly be keen to replace him with a more prolific front-man in the Kane mould, though they’ve also been strongly linked with Haaland, as well as other big names like Romelu Lukaku and Robert Lewandowski.

Tottenham’s rivalry with Chelsea means they will surely do all they can to avoid this move, but it’s one to keep an eye on, for sure. Chelsea also have the benefit of a long list of players out on loan that they can sell, possibly for as much as £100m in total, while the option of swap deals might be there too. 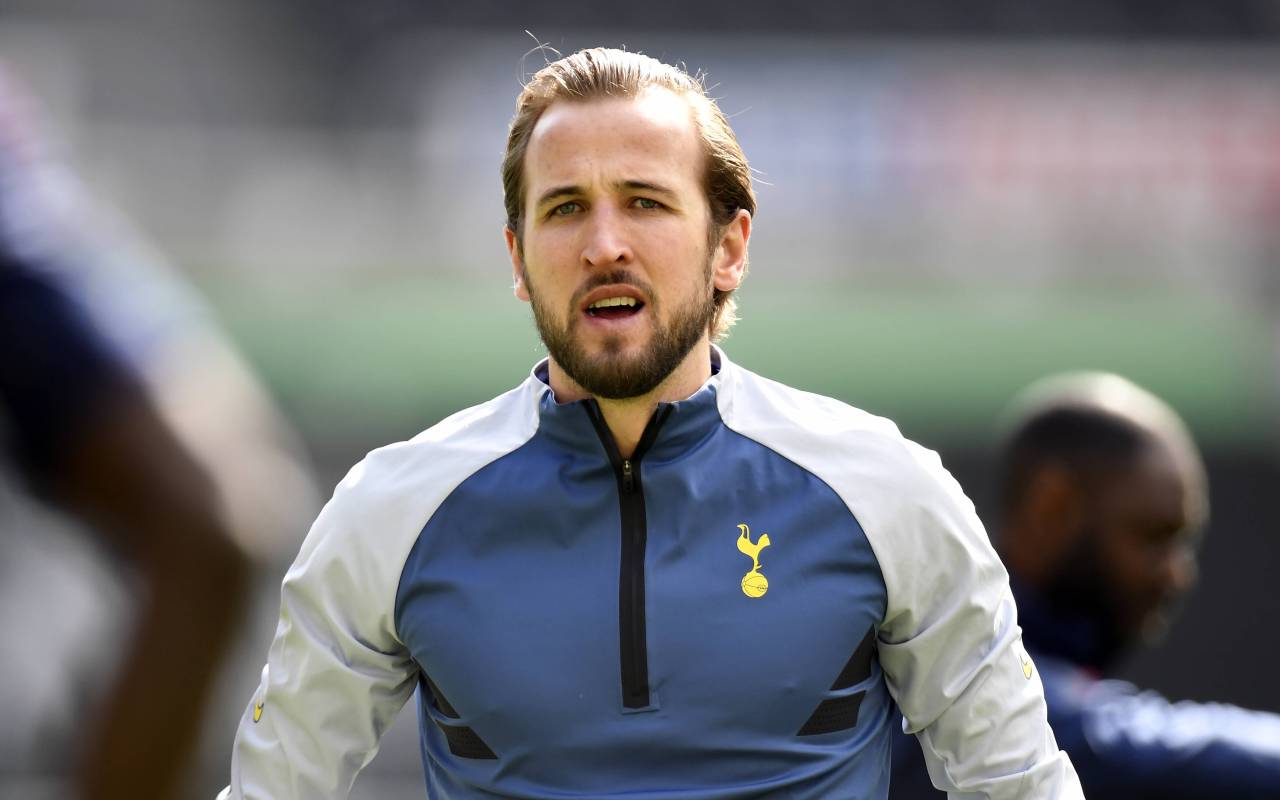 There is not currently any interest from Liverpool in Kane, though they are in the market for a striker this summer so that could change.

The Reds are not known for making too many big signings like this, but have previously shown they’ll splash the cash when the deal is right, such as for Virgil van Dijk and Alisson.

The dip in form from both Roberto Firmino and Sadio Mane means Kane could be an important addition, and they’d surely be able to offer the Spurs captain a pretty tempting setup after all their success under Jurgen Klopp.

Mohamed Salah’s future is also not entirely certain amid recent interest from Paris Saint-Germain, as well as the player’s flirtations with Real Madrid and Barcelona, so don’t be too surprised if Liverpool end up getting involved in this transfer battle later this summer.

How about a move abroad?

If this happens, it would most likely be to PSG for a reunion with former manager Mauricio Pochettino.

It’s well known that the Ligue 1 giants are facing doubts over Kylian Mbappe’s future as he heads towards the final year of his contract, and Kane could be a ideal big-name replacement.

Pochettino is keen to work with his former player again, and one imagines Kane could also welcome the move to reunite with Pochettino, even if, as already mentioned, his preference is to stay in the Premier League.

Bayern Munich are not in the market for a striker as they have the world class Robert Lewandowski and see no need to make another purchase in that area any time soon, while there are serious doubts about whether Real Madrid or Barcelona can afford Kane.

Kane wants to leave, preferably for an English club.

Spurs don’t want to sell, especially to an English club.

Man Utd and Man City are unlikely to meet Tottenham’s demands and have other priorities.

Chelsea are the best-placed financially, but worst-placed due to being a major London rival.

PSG probably the only foreign club in the running, and much of that will hinge on Mbappe.

This could drag on and on. We’ll do our best to keep you updated on Kane and all the other relevant transfer news this summer!