Jack Grealish to Arsenal is trending on Twitter this morning, and we don’t blame you if you’re a bit confused.

The Aston Villa captain is one of the finest players in the Premier League and is bound to be the subject of much transfer gossip over the coming months, but it would be a bit of a surprise to see him move to Arsenal.

Grealish could surely have his pick of far bigger clubs than Arsenal right now, with the Gunners enduring a nightmare season under Mikel Arteta, with the team set to finish trophyless and outside of Europe.

See below, however, as fans will have woken up this morning to see ‘Grealish to Arsenal’ trending, which will no doubt have raised hopes of a hugely ambitious transfer deal… 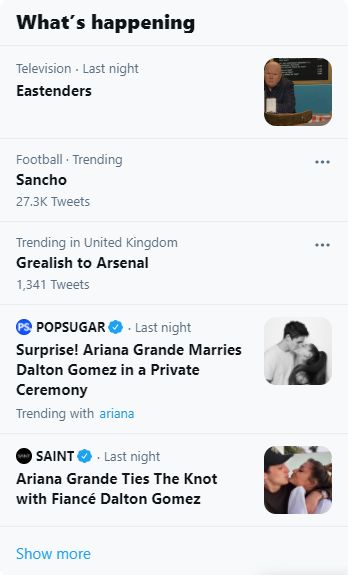 However, it seems to be that this started from one fan’s prediction, which is now largely being mocked by others on Twitter.

Grealish would undoubtedly be a great signing for Arsenal, but it’s not clear what this user is basing this prediction on, and most other fans just aren’t having it…

Grealish to arsenal ??? you wish

Where is this Jack Grealish to Arsenal coming from? ?? I won't be surprised if it is a deliberate attempt from the club owner to jack up Arsenal fans. We all know negotiation will break down even if they genuinely made the move.?

sneaking grealish to arsenal in there, like no one would notice

Jack Grealish to Arsenal ??lol I don't see it happening

Grealish to Arsenal? I wish 🙁