It remains to be seen what will happen with Kane this summer, but there’s been plenty of speculation over his future since the news broke last night that he wants out of Spurs.

MORE: Report on the “unstable” situation at Spurs

According to the Times, Man City are one of the teams who could be in for the England international, but he seems to be their Plan B option if they cannot sign Haaland from Dortmund.

This could be good news for Manchester United and Chelsea, who are also linked with Kane by the Times, and who also need a new striker this summer.

Haaland is another world class finisher in a similar vein to Kane, and either of these players could be ideal to help City replace the departing Sergio Aguero.

Harry Kane has been at Tottenham for his entire career so far, not including loan spells 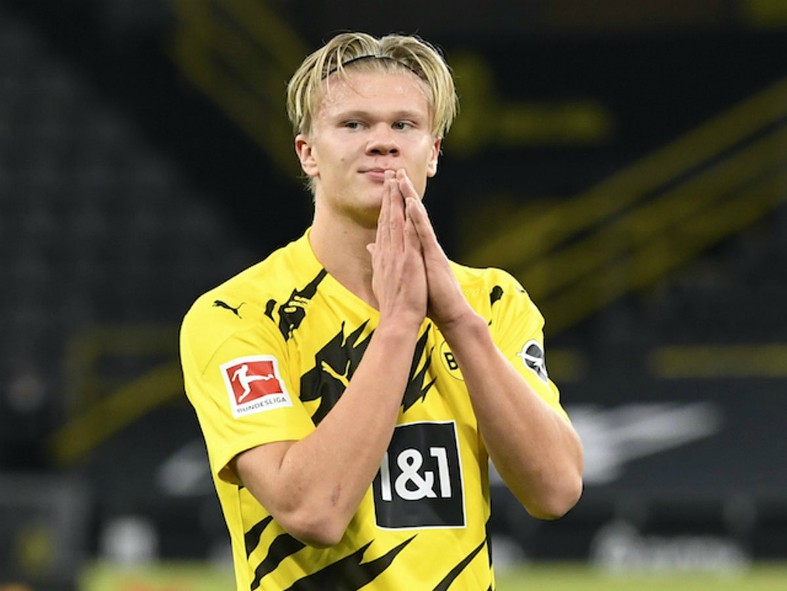 Erling Haaland is also being linked with Manchester City this summer

United, however, are also a little light up front after the goals dried up for Anthony Martial this season, while youngsters like Marcus Rashford and Mason Greenwood are more wide forwards instead of central strikers.

Chelsea, meanwhile, would also benefit hugely from signing Kane as an upgrade on the misfiring Timo Werner, while Tammy Abraham and Olivier Giroud have not done enough to impress and have subsequently fallen out of favour.