Tottenham have reportedly identified two players they’d be keen to sign from Manchester United and Manchester City in exchange for Harry Kane.

The north London outfit have been rocked by the news that Kane wants out of Spurs at the end of the season, but it seems the club have already been planning for this eventuality.

According to the Daily Mail, Tottenham have been preparing for this for some time and have already identified United forward Anthony Martial and City ace Gabriel Jesus as potential options to land in a swap deal involving Kane.

The England international would be a terrific signing for United or City, and whoever he joins will surely have a big edge in next season’s Premier League title race.

Man Utd managed to close the gap on City a bit more this term, though ultimately they didn’t quite have enough to stop their rivals finishing as champions.

Still, the Red Devils would no doubt get closer next year with a 25-30-goal-a-season player like Kane in their squad to come in as an upgrade on the likes of Anthony Martial and Mason Greenwood.

It would also deliver a huge blow to City in the process, as Pep Guardiola surely needs a signing like Kane as a long-term replacement for the departing Sergio Aguero. 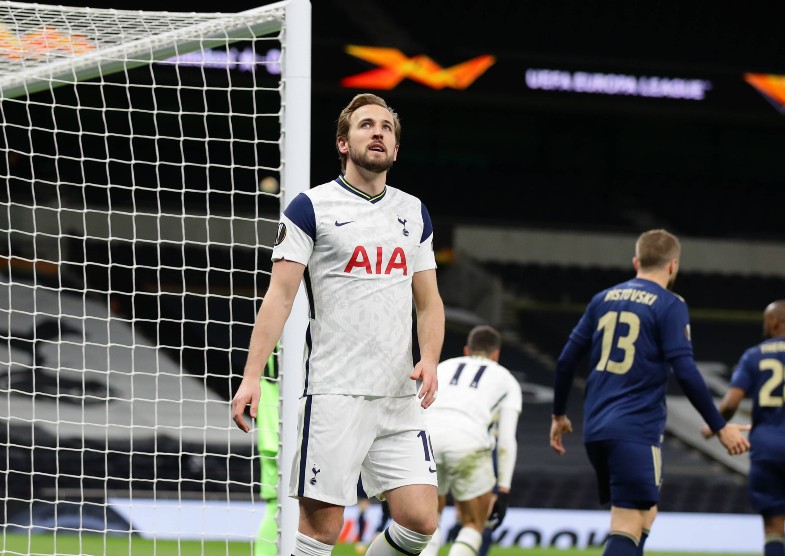 One imagines City could afford another world class alternative, but Kane could still be an ideal fit up front in Guardiola’s side, and to see him go to the red half of Manchester instead would be a blow to their plans.

It would be interesting to see how Martial or Jesus got on at Spurs, but one imagines the club’s fans might not be that wowed by either player after their limited impact this season.