Tammy Abraham will leave Chelsea this summer after reaching the point of no return under Thomas Tuchel, according to the Daily Mail.

Abraham was a key player in the Chelsea squad under Frank Lampard, but has scarcely featured since Tuchel took the reins at the tail end of January.

Tuchel has fielded Timo Werner and Kai Havertz through the middle, at the expense of both Abraham and fellow striker Olivier Giroud.

Giroud has at least had opportunities from the bench, while Abraham has been continually left out of the match day squad.

As a result, he has lost his chance to head to the Euros with England this summer, and as per the Daily Mail, will be leaving Chelsea when the opportunity arises. 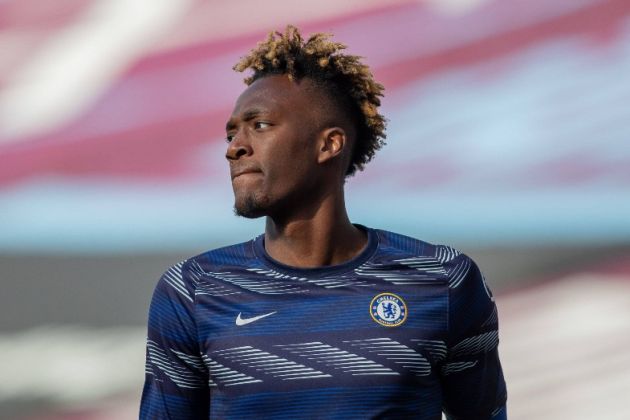 Tammy Abraham is looking set to leave Chelsea this summer

Abraham looks set to be one of the first out the door at Stamford Bridge when the summer transfer window opens, and unsurprisingly, there’s no shortage of interest in signing him

The Daily Mail report that both Leicester City and West Ham, who will both be playing European football of some design next season, are interested in signing the striker.

The report notes that there is thought to be wider interest from elsewhere, but it stops short of naming names.

Abraham has proven he has the ability to compete in the Premier League, and at 23-years-old, has his best years ahead of it.

Signing him would be a no-brainer for the majority of the clubs in the division.