With the 2020/21 domestic seasons across Europe almost at a close, transfer rumours surrounding certain players will begin to hot up.

Lyon’s Memphis Depay has made it clear that he will be on the move, and for free given that he has let his contract run down, the only question is where the Dutchman will end up.

If he is still Barcelona manager next season, Ronald Koeman is believed to want Depay to spearhead the Catalan club’s attack, although a buyback clause from Manchester United has recently been revealed, according to the Daily Mirror. 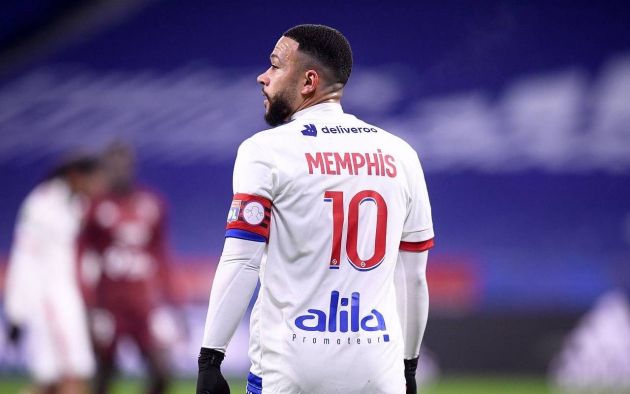 The star was sold to Lyon by the Red Devils back in 2017, and though they were unlikely to ever activate the buyback clause, there was a sell-on fee also inserted in the contract.

However, that would only be activated in the event that the striker moved before the end of his deal with the French giants.

Given that he’s let his contract run out, United won’t be due a penny.