Whether or not they are just pipped to the Champions League spots after this weekend’s final Premier League games of 2020/21, Leicester City have still enjoyed a fantastic season.

Brendan Rodgers continues to ensure that the Foxes go from strength to strength, and they will, at the very least, have Europa League football to look forward to next season.

Unfortunately, they’ll have to approach their fixtures without one of the stalwarts of the Rodgers and Claudio Ranieri era.

That’s because, according to the Daily Star, club captain and legend, Wes Morgan, has decided to hang up his boots. 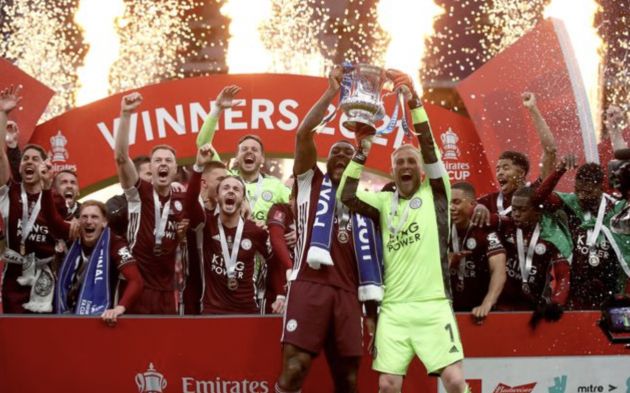 The former Nottingham Forest player couldn’t have ended his playing career in a better manner, having lifted the FA Cup at Wembley.

That medal will sit nicely alongside the Premier League title that Leicester improbably picked up under Ranieri.

With Leicester at home to Tottenham Hotspur on Sunday, and supporters allowed back in the King Power Stadium, it’s only right that they give Morgan an appropriate send off.