He was as famous for his headlines off the pitch as he was on it, and that’s probably why Nicklas Bendtner became a cult hero amongst Arsenal fans.

Occasionally coming up with the odd important goal, Bendtner was, nevertheless, erratic at best, and was never really going to cut it for the north Londoners over a long period.

His autobiography caused a storm with lurid tales that The Sun sensationally serialised, and it seems that the Dane just can’t stay out of the headlines. 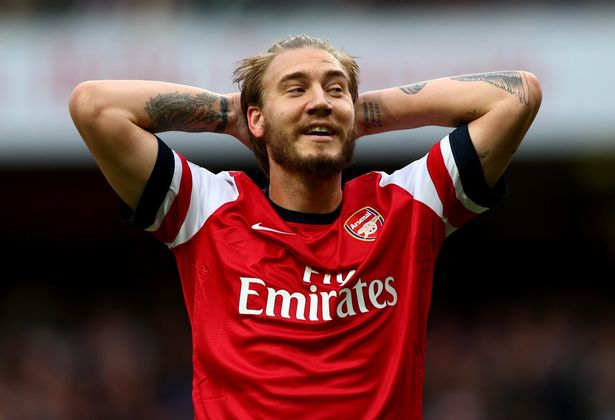 According to the Daily Star, his girlfriend of four years, Philine Roepstorff, has a new crush and has moved out of the house that the pair shared together.

Apparently, Roepstorff has matched with Spiderman actor, Tom Holland, via a dating app.

Given that she once sent him a message to tell him that she loved him, per the Daily Star and for which Bendtner reprimanded her, it’s clear Roepstorff is besotted.