It’s been eight long years since Sir Alex Ferguson retired from football management, walking away from Manchester United with his legacy assured after 27 mostly successful seasons.

Not only have the Red Devils failed in their recruitment to find a manager that’s even close to bringing the success to the club that Sir Alex did, but the first team has only had a smattering of true world class stars that are worthy of wearing the shirt since the Scot’s departure.

Perhaps one of the only current members of the United squad that would’ve got in one of Sir Alex’s Premier League-winning sides is Bruno Fernandes.

The Portuguese has simply transformed the team with his drive, ambition and skill set. Frankly, he’s been a breath of fresh air in a team that has consistently underperformed.

His contribution hasn’t gone unnoticed by Sir Alex either. 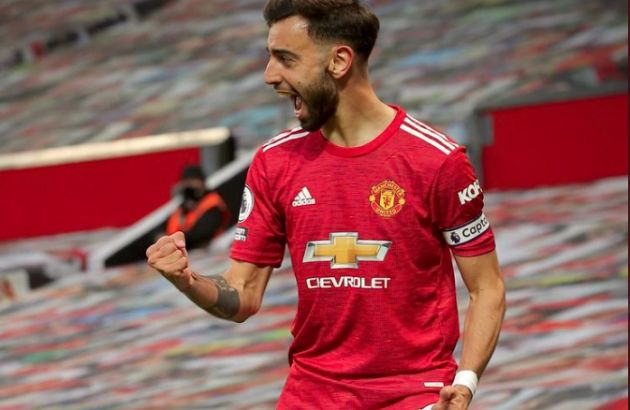 “He’s been fantastic the lad,” he said to the BBC, cited by the Daily Mirror.

“He has scored important goals and even when he’s taking his penalty kicks he’s very, very confident about them. I can’t even think of a goalkeeper who has got anywhere near his penalty kicks.

“So he’s calm, his shots from outside the box are always a threat and he’s got that thing that United have really needed over the last few years, the ability to make a pass in the final third and open up defences, I think that’s important.”

The only thing Bruno has left to do now is steer his side to some silverware, and that could come as soon as next week when United play Villarreal in the Europa League final.