It’s sure to be an interesting summer for Tottenham Hotspur and England talisman, Harry Kane, after the striker hinted at a desire to leave the north Londoners.

Although he has stopped short of handing an official transfer request to Spurs chairman, Daniel Levy, it’s believed Kane sees his future away from White Hart Lane.

Given that Levy will almost certainly demand an excessive transfer fee in the hope of sending the Premier League vultures packing, any transfer is likely to be fraught with difficulty, but that doesn’t mean it won’t happen.

Former Tottenham manager, Harry Redknapp, believes it will be a three-way Premier League fight in the end to acquire Kane’s services.

“What a signing he would be, whoever signs him,” he said on Redknapp’s Big Night Out, cited by HITC.

“If he went to Man United, for instance, you would fancy them next year to have a big chance of winning. He makes such a difference. 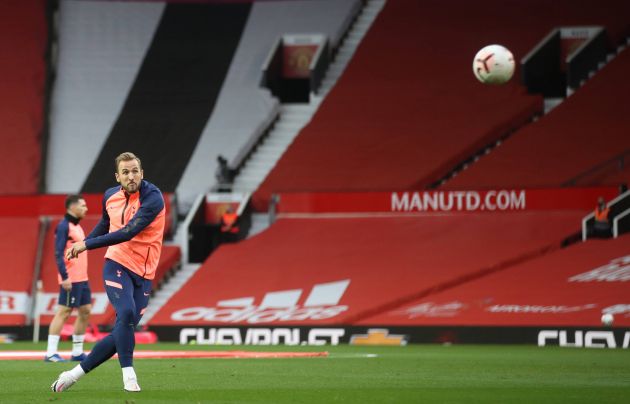 “He can turn a team. Liverpool, Man United, Man City. Where would he go? One of them three.”

Both City and United have been previously linked, though the latter have just extended Edinson Cavani’s contract.

Pep Guardiola is resigned to losing Sergio Aguero, so has a need for a player of Kane’s quality.

Liverpool have yet to be seriously linked to the striker, though if one of their famed front three of Mane, Firmino or Salah was to be moved on, there’s no reason why Anfield wouldn’t become Kane’s new home either.