This time last year, it was expected that Jadon Sancho would eventually become a Manchester United player.

Conversations with Borussia Dortmund should’ve been concluded successfully, but Ed Woodward’s reticence in meeting the Bundesliga outfit’s transfer fee saw the potential of any deal collapse.

Here we are almost 12 months later and lightning could be about to strike twice.

Though it’s believed that a deal between the Red Devils and the player could be in place, United are yet to make any official move. 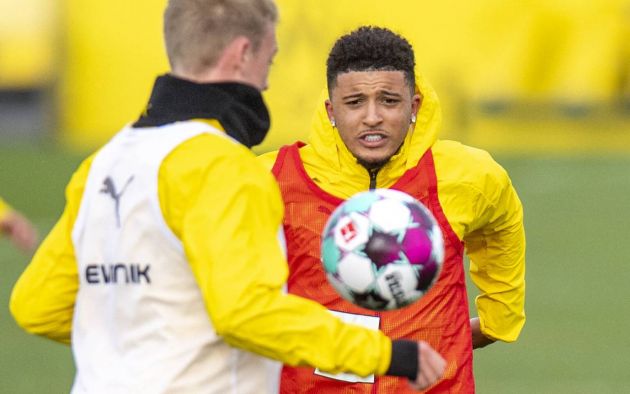 That’s left the possibility of Premier League rivals, Chelsea, jumping in ahead of United and doing their upmost to convince the wide man that his future should be in west London.

The Daily Mirror report that the Blues will test the waters with an £80m bid, and given that Sancho has admitted in the past that he was a Chelsea supporter as a youngster, the notion of him lining up for Thomas Tuchel rather than Ole Gunnar Solskjaer shouldn’t be discounted.