The end of the 2020/21 Premier League season can’t have come soon enough for Arsenal.

Mikel Arteta’s side were tipped to do great things after a brilliant end to their 2019/20 campaign, which included an FA Cup final victory.

However, by and large, this season was a huge disappointment for the Gunners.

One of the highlights was the performances of Martin Odegaard, signed on loan from Real Madrid in January.

The young Norwegian was a breath of fresh air in Arsenal’s midfield and filled the playmaking void left by Mesut Ozil.

It’s clear that the impression he made has ensured that the north Londoners want to keep him. 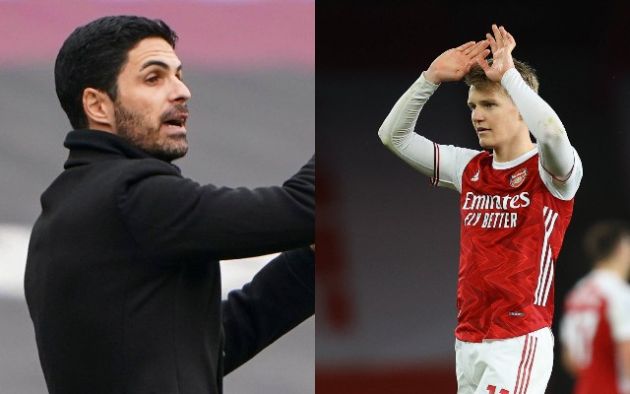 “We have a very clear and determined opinion on what we would like to do,” Mikel Arteta was quoted as saying by Mundo Deportivo.

“But he is not our player. I do not know what can happen, he is not in our hands, in the next few days there will be negotiations.

“We have done everything possible for Martin to play for the team, hopefully we have conveyed the feeling that this is a good place for him.”

Though the player would appear to want to extend his stay, Odegaard has hinted that his future may be away from the Emirates Stadium.

“I am happy at Arsenal, but we will see what happens after this season,” he said, cited by Mundo Deportivo.

“For now I don’t know. I am owned by Real Madrid, so we have to talk to them. It is important to know what they want.”

Given that Arsenal need to be looking forward rather than backwards, it wouldn’t be a surprise to see them do everything in their power to ensure that Odegaard is wearing the red and white again next season.