It was supposed to be a day of celebration for Manchester City, and the lifting of the Premier League trophy as well as a 5-0 win over Everton made sure that was the case.

However, you wouldn’t necessarily have known it from Pep Guardiola’s post-match interview.

The elegant Catalan burst into tears when speaking to the cameras after being asked about outgoing striker, Sergio Aguero.

The Argentinian had come on as a substitute in his last game in the English top-flight, and scored two goals.

It was a great way to book-end his record-breaking City career after he’d also come on as a sub on his debut and scored two goals. 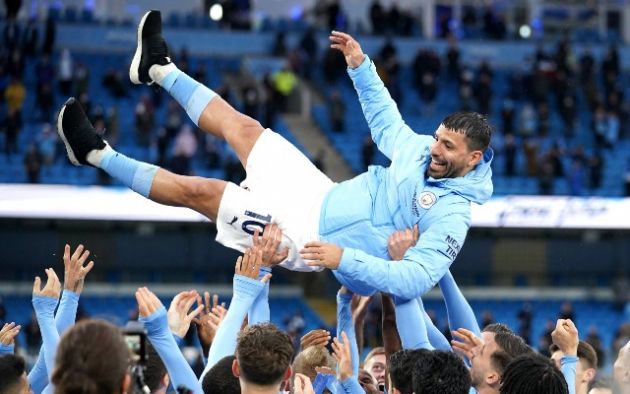 “If you want him, just keep him. But ultimately they’ve got other plans in play and they’re looking at the long-term nature of the club. It’s a shame.”

He probably has a point, but there’s nothing wrong with showing a bit of emotion either.