Another Premier League season finished, and another campaign where Tottenham Hotspur have failed to win a trophy.

It’s a recurring theme for the north Londoners, and the principal reason why it would appear that Harry Kane wants to move on to pastures new before the start of next season.

After Daniel Levy had sacked Jose Mourinho, Ryan Mason was put in charge at White Hart Lane, but that was never going to be a long-term option for the club. 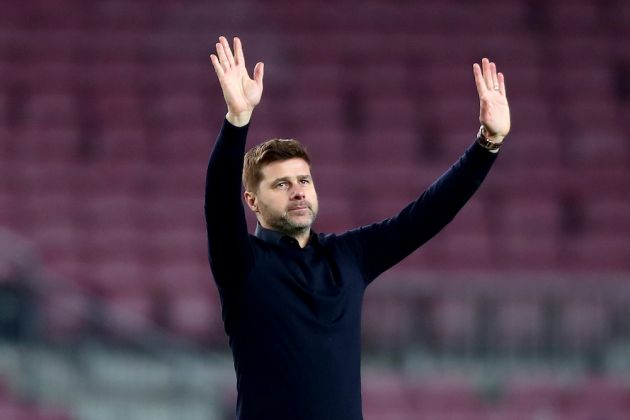 However, there’s a real feeling developing that they just aren’t sure where to turn next with regards to a new managerial appointment.

According to the Daily Mirror, some senior figures at the club wish to bring Mauricio Pochettino back, given that he still retains the respect of the core of the first-team squad.

It’s true that ‘Poch’ hasn’t had quite the impact expected in Paris after he failed to win both the Champions League and, much more surprisingly, the Ligue Un title, but it’s highly unlikely that he would return to a club who unceremoniously sacked him after he had taken them to their first-ever Champions League final.