Some Chelsea fans have been left furious with a social media post that has been deemed racially insensitive at the very least.

Ahead of the side’s final Premier League game of the season against Aston Villa, a pre-match graphic was published, but the nature of it saw it quickly deleted by the club.

Manager Thomas Tuchel was at the front of the image, with Villa Park in the backdrop, but for some strange reason the first-team’s Black players were all positioned at the back of the graphic.

Despite the likes of Antonio Rudiger, N’Golo Kante, Edouard Mendy and Reece James being key starters for the side since their resurgence under the Tuchel, they were all left as small blips on the imagery.

There’s been no explanation for the graphic as of yet, it really doesn’t make any sense at all. It’s not as though the players that would take part against Villa were all pushed to the front, as Rudiger, James and Mendy all started.

See More: “Get this stinker out my club” – These Chelsea fans want star to leave after horrible showing vs Aston Villa

Why place black players at the back? pic.twitter.com/6b5BmcxdfF

Chelsea deleted this tweet because it seemed racist.(Observe all black players are at the back) pic.twitter.com/xhdZDD0EOR 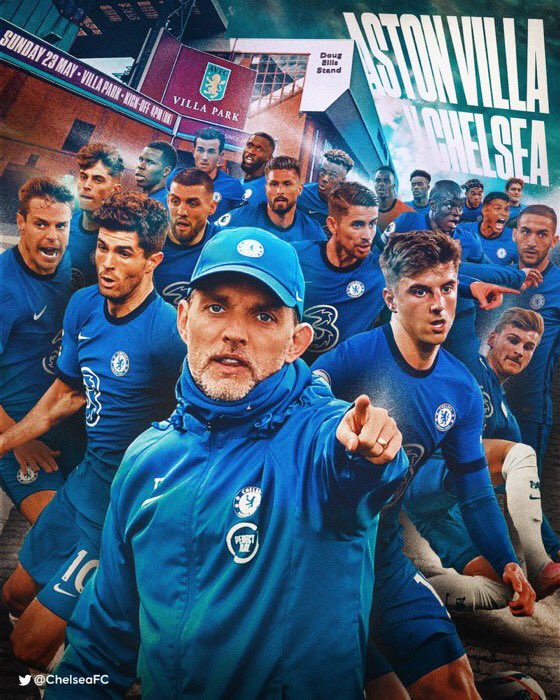 Here is some Chelsea supporters reacted to the controversial graphic:

This poster reeks of selective racism.. Like it’s so freaking glaring. ? ?
Mchwww… So ALL the black players had to be placed towards the back, yea??

Why are all the black players at the back ?! ? this admin needs to be sacked.

All Black Players at the back like they are not useful or something. This admin needs to be changed for the upcoming season.

@ChelseaFC are wrong for this. Why are all the black players at the back?

I’m shocked that nobody clocked before putting it out.

The best players who also happen to be black placed at the back. This will be the end of this club if something does not change now.

Think about it.. before this went out to press someone agreed and thought this was appropriate.
I’m tired of people who don’t understand have so much opinions about what is institutionally racist.
If all the black players was in front how would you fell.

The players at the front of the graphic aren’t necessarily the side’s most important as Christian Pulisic has played a lesser role this term, so that’s another possible explanation out the window.

Alphabetical order for either surnames, forenames or both still wouldn’t arrange the players in this manner so it seems completely random or more sinister, which has sparked angry reaction from some.

It’s pretty surprising and perhaps concerning to see that this imagery was sanctioned for publish across the side’s social media channels and this issue wasn’t flagged beforehand.