Now that the Premier League season is over, Gareth Bale wasted no time in heading back to Madrid to be with his family.

The Evening Standard report that he travelled immediately after the final match of the season against Leicester, and the Welshman will now assess his options in the Spanish capital before deciding where he will play his trade from 2021/22 onwards.

Given the lack of any sort of relationship with Florentino Perez and Zinedine Zidane, should the Frenchman remain at the helm, it’s highly unlikely that Bale has a future with Los Blancos. 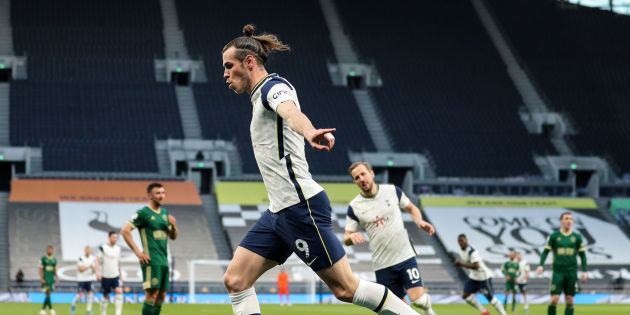 Intriguingly, the Evening Standard also quote the striker’s words in the aftermath of the Leicester game when he said that “I know what I’m doing but it’ll just cause chaos if I say anything now.”

Chelsea could interfere with Barcelona’s move for superstar who have been working on a deal since February
Fee agreed: Arsenal close to finalising €23m-€24m transfer
Man Utd star’s reps in transfer talks with CL giants, but player could still meet with Ten Hag before final decision

Though his season was peppered with injuries, it has been a success by and large, and with fans back in the stadiums from next season, seeing Bale back to his best is surely something the White Hart Lane faithful will look forward to.

Daniel Levy will have to think very carefully what to do next in that regard.