See below as Gareth Southgate has announced his provisional England squad for Euro 2020, with one particularly surprising name in there.

Despite The Athletic reporting that Liverpool were expecting Trent Alexander-Arnold not to make it in, he has in fact been called up to the side for this summer’s tournament.

There is also a place for Manchester United and Arsenal youngsters Mason Greenwood and Bukayo Saka, in what looks like an exciting young squad put together by Southgate. 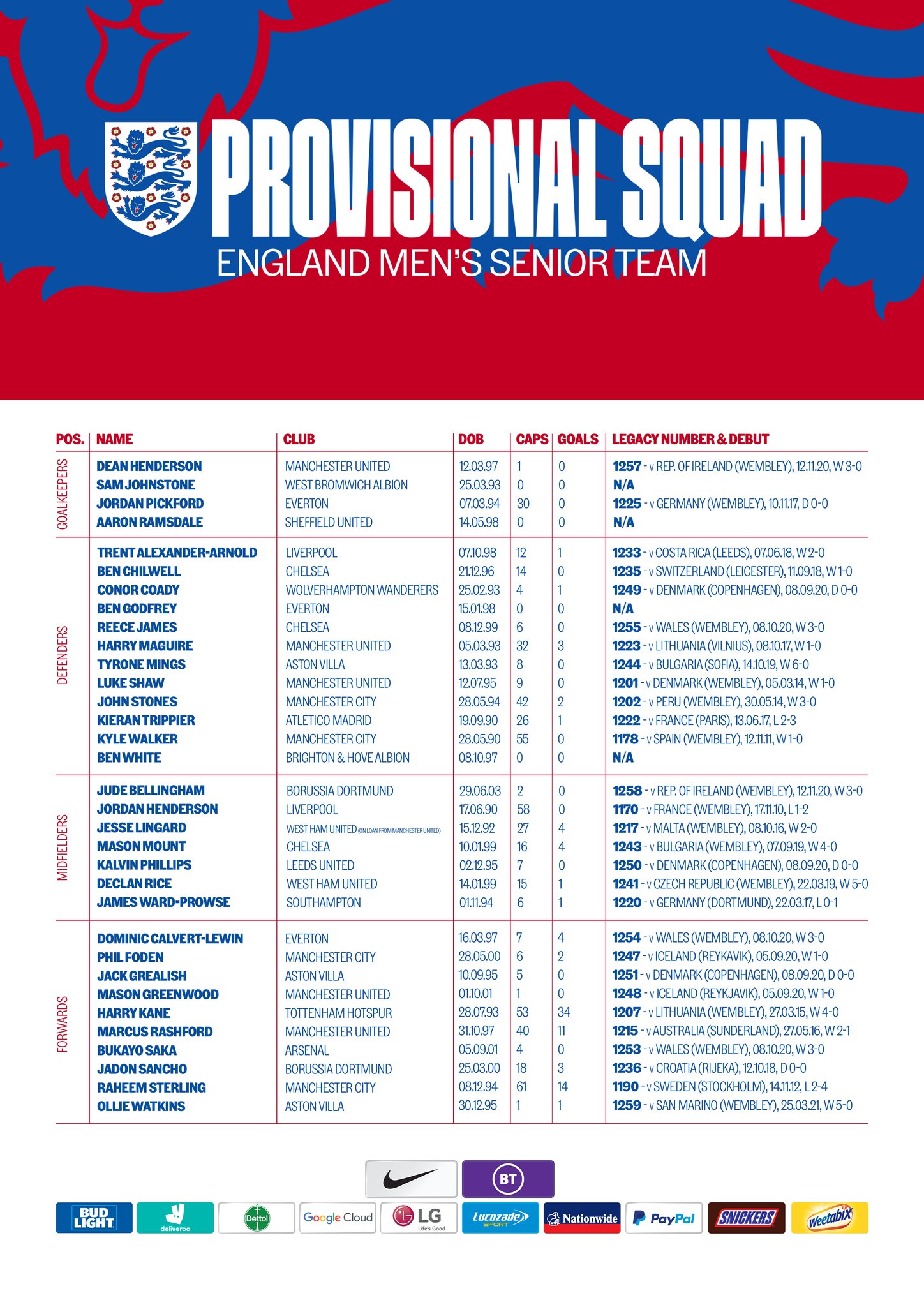 England will be hoping for another summer to remember after over-achieving at the 2018  World Cup, making it to the semi-finals.

Much of the team remains the same from three years ago, with the likes of Harry Kane, Raheem Sterling and Harry Maguire still key players for the Three Lions.

There’s also some added spark from players like Jadon Sancho and Jack Grealish in the attacking midfield department, so all in all a strong-looking squad for this summer’s big tournament.