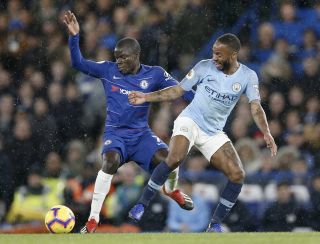 According to recent reports, this season’s Champions League finalists Manchester City and Chelsea will both wear their traditional home kits for the competition’s mouth-watering climax on 29 May.

That’s according to sports reporter Matt Critchley, who claims to have confirmation that both sides will be allowed to wear their light and navy blue home kits.

I guess that’s why they call it the Blues….
Confirmation that both Man City and Chelsea will wear their ‘home’ kit in the UCL Final on Saturday. Light blues v navy blues.

Following their semi-final heroics against PSG and Real Madrid, respectively, both Man City and Chelsea are now preparing to face one another as this campaign’s enthralling final edges closer.

The exciting final, which is scheduled to be played at the Estadio do Dragao, home of Portuguese side Porto, will see Man City compete in their first-ever Champions League final.

Elsewhere, Thomas Tuchel’s London Blues will be hoping to lift their second Champions League title in what is the competition’s second all-English final in the last three seasons.

Which side do you think will go on to lift the prestigious trophy? – Let us know in the comments.