Yesterday we gave you the statistically best Premier League XI of the season – which you can see again by clicking here.

Now, thanks to the great work of the people at Transfermarkt, we can also present to you the most valuable Premier League XI of the season.

For those of you unfamiliar with this site, they have a sophisticated database for calculating players’ current market value, and it’s not too surprising to see the line up they’re coming up with after the end of the 2020/21 campaign.

See below for the team in full, with plenty of Liverpool and Manchester City players making it in… 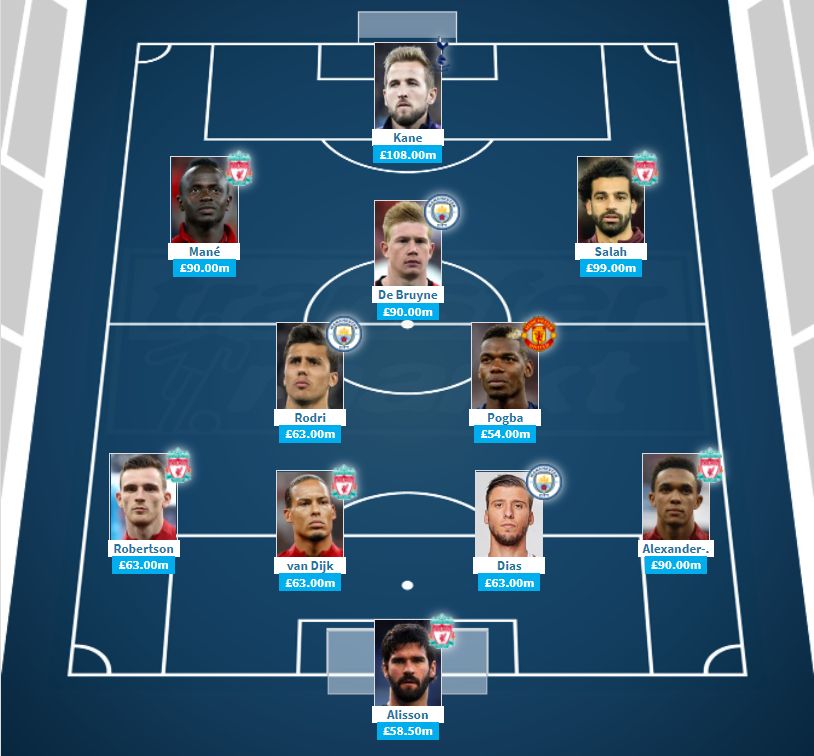 Interestingly, however, there’s not that much overlap with the statistically best XI we showed you yesterday, with only Kevin De Bruyne and Harry Kane making both teams.

£99million Mohamed Salah seems worthy of his high value on here, however, after another superb individual season for Liverpool, even if the Reds as a whole were far from their usual high standards overall.

It’s also slightly surprising to see Ruben Dias in here but not also in the statistically best XI after a superb debut season for title winners Man City.

Virgil van Dijk remains in the most valuable XI despite missing so much of the season through injury, though to be fair that’s arguably only highlighted his huge value to the club even further.

Paul Pogba is an interesting inclusion at £54m, which seems a little low for a big name like him, though it’s also rather surprising he is considered more valuable than his more in-form team-mate Bruno Fernandes.