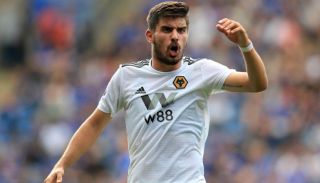 According to recent reports, Wolverhampton Wanderers are set to make midfielder Ruben Neves available for £35m in order to finance a summer rebuild.

That’s according The Athletic, who claims the Portuguese maestro could be the Molineux Stadium’s first major outgoing.

Neves, 24, has been with the Midlands side since he joined in 2017 from Porto.

Since arriving, the talented midfielder has featured in 176 matches, in all competitions, directly contributing to 30 goals along the way.

Despite playing an important role in his side’s fortunes, including helping his side reach the Premier League in 2018, Neves now looks certain to be heading out for the exit.

CaughtOffside writer Leah Smith also hinted that wholesale changes could be on the horizon at Wolves last week.

No money to spend and an expected summer of one way activity.

Following the departure of former manager Nuno Espirito Santos, The Athletic claim Neves could following his boss out of the club with a price tag rumoured to be set at £35m.

The outlet also claims that Benfica manager Bruno Lage is the frontrunner to become the club’s next manager with an appointment targetted within the next two or three weeks. 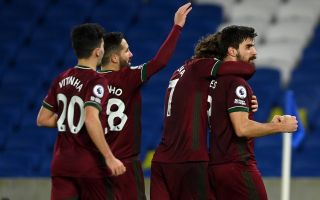