Chelsea will no doubt be keeping a close eye on the situation at Inter Milan as it looks like the future of manager Antonio Conte is in serious doubt.

Despite just guiding Inter to the title in Serie A this season, Conte may be about to quit the club due to a possible disagreement over transfers.

MORE: Is this another major Chelsea transfer hint from Romelu Lukaku?

It seems Inter have financial issues and need to sell players this summer – something Conte is perhaps understandably not too happy about. 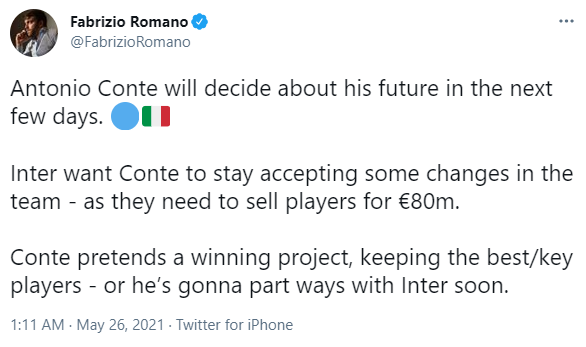 This could be of interest to Chelsea as they’ve been strongly linked with an interest in signing Romelu Lukaku from Inter.

The Sun have linked the Blues with a possible £90million move for the Belgium international, who has been in fine form at the San Siro and who looks an ideal upgrade on the struggling Timo Werner. 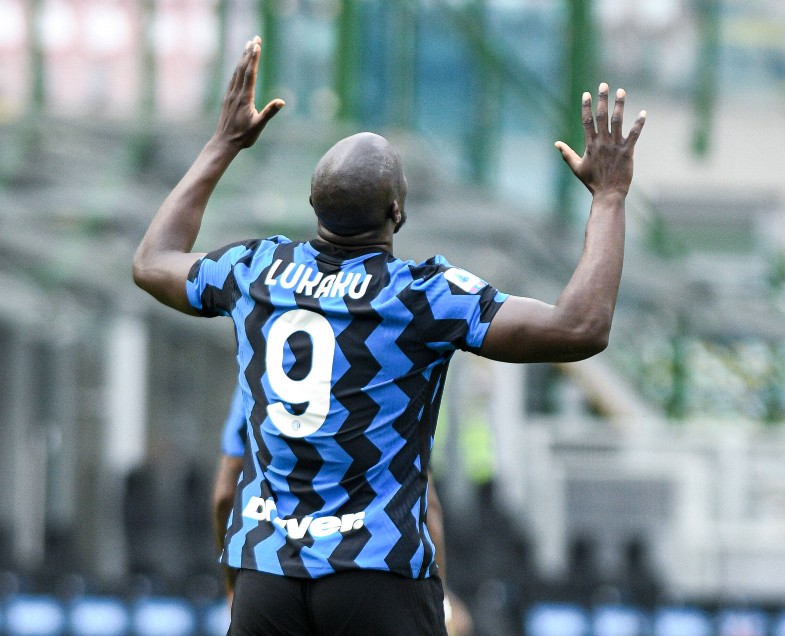 Romelu Lukaku has been linked with a return to Chelsea

It may be that Inter have to sell players like Lukaku this summer and that’s why Conte is unsettled.

Journalist Kristof Terreur has also previously told Talk Chelsea that Lukaku could be tempted to move back to Stamford Bridge if Conte doesn’t stay at Inter.