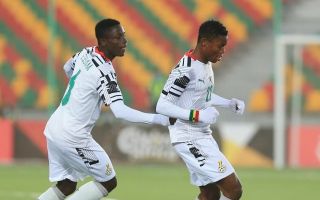 The highly-rated 17-year-old is said to be closing in on a move to Bayer Leverkusen, but it looks like both Liverpool and Borussia Dortmund are keen to try hijacking the deal late on, according to Goal.

It remains to be seen how realistic this might be for Liverpool, with Issahaku seemingly pretty much having everything agreed for him to make the move to Leverkusen, even if it’s not entirely finalised just yet, according to Goal’s report.

Reds fans might not know too much about this exciting attacking player, but he seems to have generated a lot of interest this summer and looks like one for the future.

Liverpool have done well to identify top young players in the transfer market in recent times, so it seems like Issahaku could be another who’d do well at Anfield.

Having said that, Germany has proven ideal for youngsters to get a taste of regular first-team football from a young age in recent times, with Jadon Sancho and Jude Bellingham among the English wonderkids who’ve moved there to advance their careers.