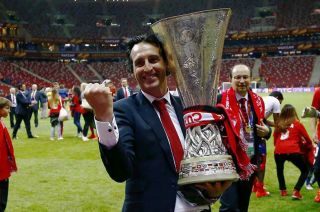 La Liga is one of the biggest leagues in world football so it makes sense that their team will do well in European competition.

We’ve seen a lot of Barcelona and Real Madrid dominating the Champions League over the past few years, but it’s also easy to forget that Sevilla and Atletico Madrid have been very prolific when it comes to the Europa League too.

There’s no doubt that Villarreal will fancy their chances tonight against Man United, and this stat shows what Man United need to overcome to get the win:

Europa League and Champions League finals, of the past 20 years:

It’s amazing to think that over the last 20 years the only way the Spanish side loses in the final is if they have to face off against another Spanish team, but there’s two ways of looking at Villarreal tonight.

They are coached by Unai Emery who is a specialist in this competition and that has to worry some of the fans, but Villarreal don’t have much experience of going this deep as a club so perhaps that stat can be written off to a degree.

It should be a close and exciting game, but Man United will need to come up with a big performance to prevent that becoming 16 from 16 at the end of the night.