There’s no doubt that this is going to be a tough few days for Man United fans, mainly because they expected to win that game tonight and they probably would’ve if the manager was a bit braver and actually tried to win the game rather than settling for penalties.

It also appears that Sky Sports were expecting the victory to go United’s way, as images are doing the rounds which show them accidentally putting up the graphic which alludes to Ole Gunnar Solskjaer winning his first trophy as a manager: 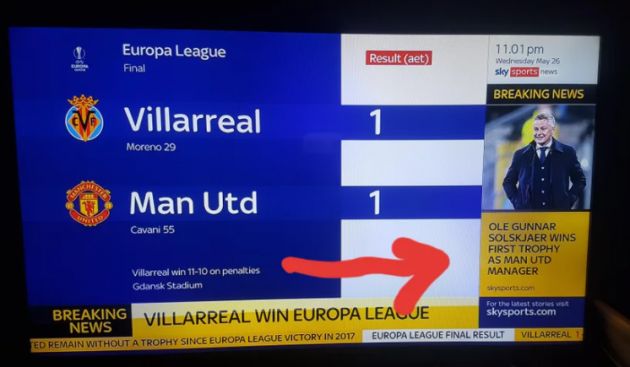