Liverpool look to have been handed a major transfer boost following their links with Udinese midfielder Rodrigo De Paul.

The Reds could do with making some changes to their squad after a difficult season in which they dropped to third in the Premier League and failed to win a trophy, and midfield could be a particular area of concern as Georginio Wijnaldum is set to become a free agent this summer.

MORE: Liverpool wonderkid to get the chance to impress Jurgen Klopp in pre-season

De Paul could be an ideal signing to help Liverpool replace Wijnaldum, and he’s previously been linked the Merseyside giants in a potential €30million deal by ESPN.

Udinese director Pierpaolo Marino has now handed Liverpool a major boost by suggesting his club won’t necessarily fight to keep hold of their star player if offers come in. 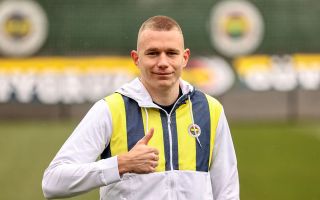 “Obviously, he is a player whose name is on everyone’s lips,” Marino told DAZN.

“We have the desire and strength to keep him, but if an opportunity he can’t refuse arrives, we couldn’t hold him back.”

Arsenal could beat Premier League rivals to £35m-rated Serie A star as they show a late interest June 10, 2021 19:34
Liverpool FC