Sir Alex Ferguson has been blamed for Manchester United’s defeat in the Europa League final.

Man United headed to Gdansk knowing they’d be going toe-to-toe with the side that finished seventh in La Liga.

While it would be naive to look past them, they must have fancied their chances of getting a result.

However, Ole Gunnar Solskjaer’s men, having been held to a 1-1 draw over 120 minutes, eventually lost on penalties.

Solskjaer’s wait for a first major trophy continues, with Man United going another season without silverware.

While some will be quick to pin the blame on Solskjaer, who prepared for the game and selected the team, others are pointing the finger elsewhere. 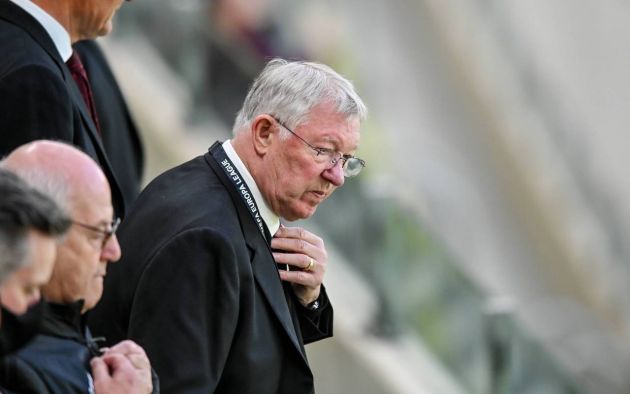 Sir Alex Ferguson in attendance for the Europa League final

Granted, its mostly rival fans doing the pointing, but Sir Alex Ferguson, Man United’s greatest ever manager, has been dragged into the fold.

Fergie, who once attracted success as though he were magnetic, may well have become somewhat of a bad luck charm…

So Fergie’s motivational speech for PSG and pre-match lunch with United both resulted in Ls ? pic.twitter.com/TTc0yN9q5T

Howling man Fergie gave PSG and United a big speech and both bottled ?

Fergie went and spoke to PSG and then United and they both lost ???

Can someone give Fergie a room in the Chelsea team hotel in Porto?

So you’re telling me that both the teams who Sir Alex advised before the match, LOST?? ????