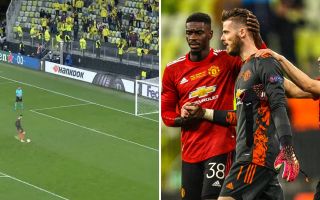 The Red Devils were unable to break down a stubborn Villarreal side during 120 minutes of action, with Edinson Cavani’s rather fortunate equaliser being the only thing Ole Gunnar Solskjaer’s men had to celebrate on the night.

With Unai Emery’s men staying firm and holding out for a penalty shootout, absolute madness ensued in Gdansk.

Remarkably, 21 consecutive penalties were scored, which led to David de Gea, the Manchester United goalkeeper, stepping up from 12 yards to keep his side in contention. 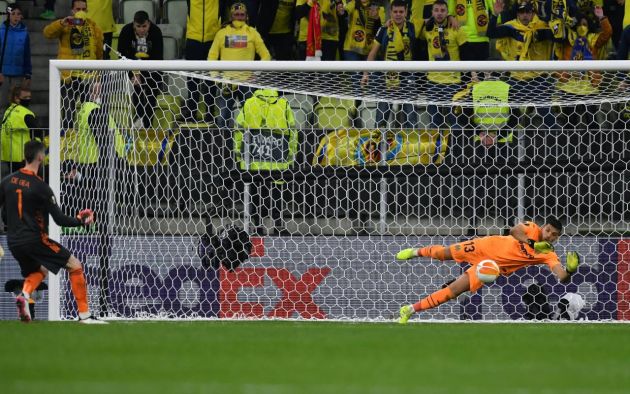 Unfortunately for the Spaniard, and Man United as a collective, his tame effort was saved by Gerónimo Rulli, winning Villarreal the Europa League and condemning Solskjaer and co to defeat.

de Gea is not paid for his penalty taking ability, but you’d think, such was the occasion, he’d be able to come up with something a little bit better than this…