Zinedine Zidane has decided to leave Real Madrid, according to Fabrizio Romano.

Much has been said regarding Zidane’s future in recent weeks, with the winds of change blowing strong in Madrid.

Los Blancos failed to win La Liga, having been presented with a golden opportunity to do so, which in turn saw their city rivals Atletico crowned champions.

Zidane has evidently decided that enough is enough, with Fabrizio Romano reporting that the Frenchman has decided to depart the Santiago Bernabeu.

MORE: Announcement soon: Champions League winner in Madrid ahead of transfer being made official 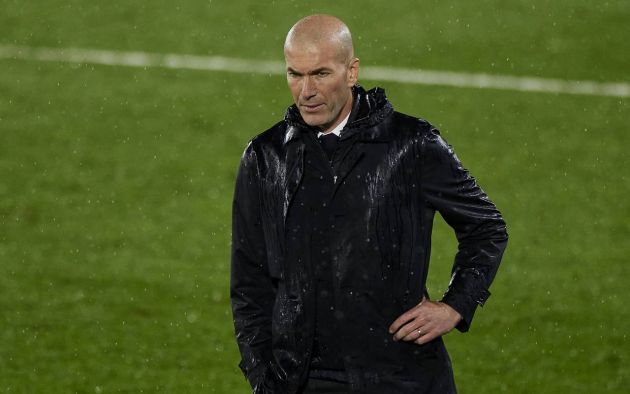 Zinedine Zidane in the rain at the Estadio Alfredo Di Stefano

It remains to be seen if Zidane will be looking to spend some time away from the game, or will jump straight back into the action with another top European club.

Considering the difficult season Juventus have endured, you wouldn’t be surprised to see him replace Andrea Pirlo at another of his former clubs this summer.

Though, that is merely speculation, and for now, we will await official confirmation of his departure from Real Madrid.