Manny Gunners fans will no doubt be hoping that the French youngster gets a chance in Mikel Arteta’s first-team next season after long looking a fine prospect for the future.

Saliba has impressed on loan at Nice this term and could be ready to come in and strengthen a problem position for Arsenal, but Kicker are also linking him with a possible move to Leverkusen.

Their report suggests it could also open the door to a swap deal with Arsenal, who could bring in Edmond Tapsoba as part of the deal.

That could end up being good business for Arsenal, but many fans might also be disappointed if Saliba ends up leaving after hardly getting a look-in under Arteta so far.

The 20-year-old looks like he has a big future in the game and it could be one the Gunners live to regret if they let him go now. 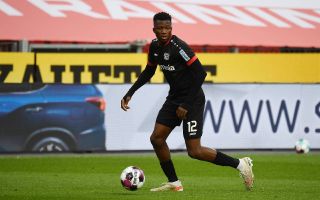