Former Manchester United midfielder Luke Chadwick believes his old club are in the best place they’ve been in for years despite the disappointment of last night’s Europa League final defeat to Villarreal.

The Red Devils were not at their best as they drew 1-1 after extra time and then lost on penalties, but Chadwick still has plenty of confidence in where the club is heading.

It’s been a difficult period for Man Utd since the retirement of the legendary Sir Alex Ferguson in 2013, and many fans will no doubt be questioning if Ole Gunnar Solskjaer is the right man for such a big job.

The Norwegian is a club legend from his playing days at United, but he took the job without much experience and one has to wonder if a bigger name might have been able to achieve more with this squad.

Chadwick is backing his old team-mate, however, sticking with what he said about the state of his old club when he also spoke to us before Wednesday night’s game. 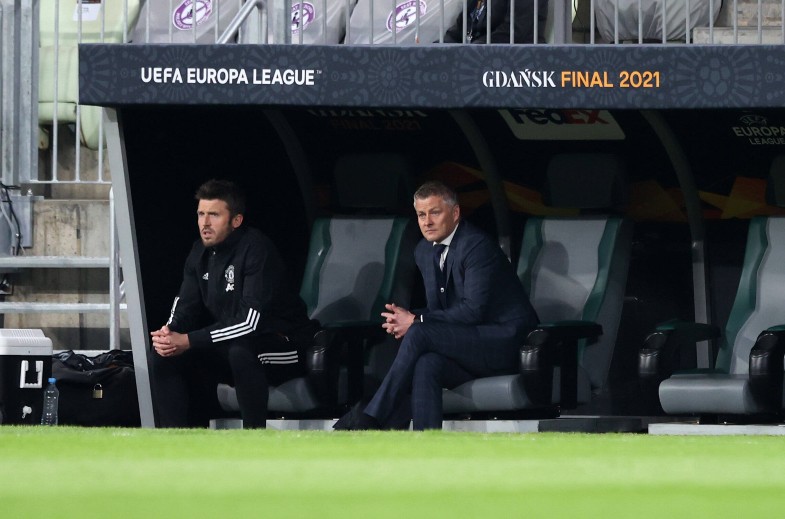 “It was a massively disappointing end to the season, losing the game on penalties. It wasn’t a fantastic performance, the last few performances haven’t been great and this wasn’t enough for a Europa League final,” Chadwick told CaughtOffside. “It was a flat first half … after the equaliser I thought United looked strong and that was the opportunity – they didn’t hurt Villarreal enough, didn’t create enough. They both sort of limped through extra time and seemed to settle for penalties.

“It was a disappointing end to what could’ve been a good end to the season if they’d won the final. Obviously there was progress since last season so it was an acceptable season, getting to a final, finishing second in the league. So, an acceptable season and hopefully an opportunity to strengthen ahead of next season for what will hopefully be a more normal season with fans in stadiums.

“I think the club and the team is in the best position it’s been in in a number of years really, the best place since Sir Alex left.

“Overall the club is still heading in the right direction, but it’s an important summer and it’s so important to start the next season well, which has been a real issue for Ole, the slow starts have cost them in the Premier League.”