According to the Guardian, Ole Gunnar Solskjaer is keen on signing four top-class players this summer. We’ve had a look at how Manchester United could line up if they all arrive.

Man United are in dire need of reinforcements this summer – there can be no denying that. A second-place finish in the Premier League has helped paper over the cracks, but Villarreal exposed them for the world to see.

If Man United are to mount a legitimate challenge for the title next term, with Liverpool and Chelsea also likely to come back stronger, they’re going to have to make a serious investment into the squad this summer.

As per the Guardian, Solskjaer already has an idea of four players he’d like to add to his squad: Pau Torres (Villarreal), Declan Rice (West Ham United, Jadon Sancho (Borussia Dortmund) and Harry Kane (Tottenham).

While it may seem implausible for Man United to sign all four, we’ve taken a look at the dream starting XI that Solskjaer would be left with if they were able to. Forget English champions, this side could be European champions… 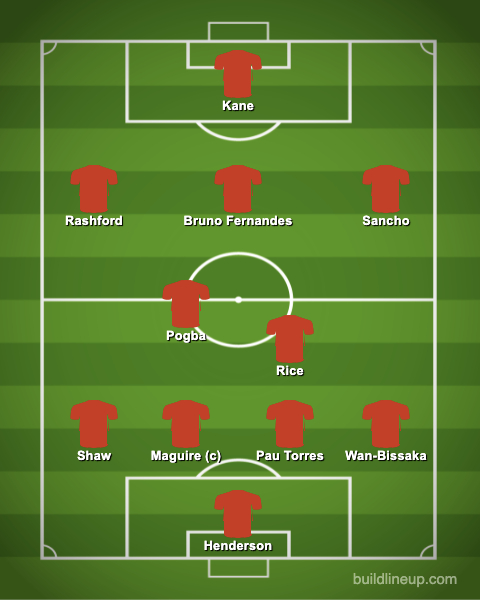