Manchester United manager Ole Gunnar Solskjaer will surely be regretting his decision to pick David de Gea over Dean Henderson for the Europa League final, according to Luke Chadwick.

Speaking exclusively to CaughtOffside, former Red Devils ace Chadwick said he understood why Solskjaer went for De Gea due to his recent superior form, but he added that Solskjaer must surely be regretting it with the benefit of hindsight.

As Chadwick points out, De Gea’s poor penalty saving record means he was far from ideal to be playing in the shoot-out, which Villarreal eventually won 11-10.

“Ole obviously selected De Gea because he was the ‘keeper in better form going into the game. I don’t know if he planned for penalties,” Chadwick said.

“With hindsight, Henderson’s got a hugely superior penalty saving record compared to De Gea – I think after the 11 last night it’s 36 on the spin he’s not saved now, so I’m sure Ole might have regretted that decision when the final whistle went and it went to a shoot-out.

“Some wonderful penalties were taken and it didn’t look like either ‘keeper was going to save a penalty. Hindsight’s a wonderful thing and I’m sure if Ole had known it was going to go to penalties, Henderson must’ve very much been in his mind to start because his record is so superior.” 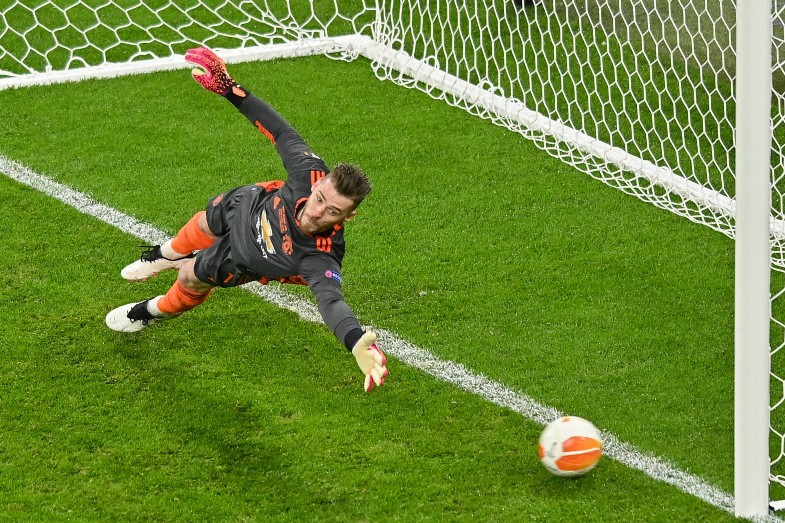 Chadwick also commented on the seemingly imminent signing of Aston Villa goalkeeper Tom Heaton, which could make things even more interesting for United next season.

De Gea and Henderson have been fighting for the number one spot this term, but Sky Sports report that Heaton is backing himself to compete to be first choice as well.

Chadwick is pleased to see that attitude from Heaton, even if he thinks he’ll ultimately fail to be more than a solid squad player for the club.

“I’m sure Tom Heaton will back himself, he’s had a wonderful career and is a great goalkeeper,” Chadwick said.

“I’m not sure he’ll make it as number one but you want your players to come in with that attitude.

“He knows the club inside out, coming through the youth system there before having a great career.

“It’s a great move for him and he seems the perfect character to have around the dressing room, a similar role to the one Lee Grant’s done around the club in the last few years.”