Former AC Milan and Juventus manager Massimiliano Allegri is set to replace Zinedine Zidane at Real Madrid, according to Spanish publication AS.

News broke on Wednesday evening via Fabrizio Romano that Zidane has decided to call time on his second stint as Real Madrid manager in wake of a disappointing campaign.

Real Madrid are in dire need of makeover, and changing manager may well be the right way to go about that. If AS are to be believed, Massimiliano Allegri is the chosen one for Los Blancos. 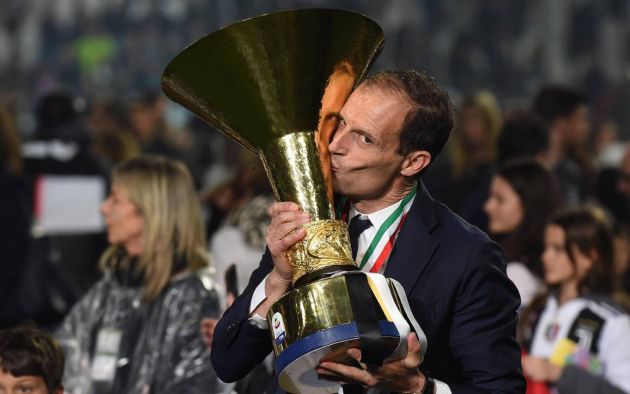 Massimiliano Allegri celebrates with the Serie A trophy

Allegri won five consecutive Serie A titles during his time with Juventus, an achievement which has been put into proportion by his former side’s failures under Andrea Pirlo this term.

He is a serial winner, and if AS are to be believed, he will be the man to lead Real Madrid into a prosperous future. There is, at this time, no specific time frame provided as to when this will become official.

AS note that Antonio Conte, who Allegri succeeded at Juventus, is also in the picture for Florentino Perez, but Allegri has been earmarked as the right man for Real Madrid after Zidane walks out.