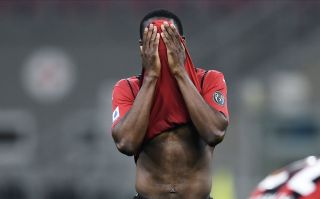 Chelsea defender, Fikayo Tomori, who enjoyed an excellent recent spell on loan at AC Milan, is reportedly attracting interest from clubs in England.

Tomori, 23, was shipped off to Italy in January by former Blues manager Frank Lampard who appeared to deem the Englishman surplus to requirements.

Looking to prove his ex-manager wrong, Tomori has enjoyed a hugely successful six-month spell in Serie A.

After featuring in 22 matches for AC Milan, the 23-year-old was arguably one of Rossoneri’s best performers during the latter half of their campaign.

It is now widely accepted that even though the Londoners are under new management in the form of Thomas Tuchel, Tomori’s long term future will lie away from Stamford Bridge.

However, despite being hotly tipped to move to AC Milan on a permanent basis, according to recent claims from Sky Sports Italia, the English defender is also attracting interest from clubs in the Premier League.

The clubs who are interested in signing the 23-year-old have not been named, however, the report does state that Chelsea is revising the possibility of offloading the defender to AC Milan, presumably in the hope of sparking a bidding war.