Friday morning saw Barcelona president, Joan Laporta, give his first press conference since he was re-elected to the position back in March.

There were a number of matters under discussion, not least the continuation at the club of both manager, Ronald Koeman, and star player, Lionel Messi.

Laporta stopped short of confirming that either would still be at the club next season, but still remained upbeat.

“The Messi issue is going well, but it’s not done,” he said, reported by MARCA.

“Messi wants Barcelona very much. We are doing everything possible within our means.

“Although we all know that he is a coveted player, we have the perception that, on both sides, we are preparing everything that is necessary, within the club’s means, for him to stay.

“Due to the admiration we have for Koeman and the respect we have for him as a professional, we said that at the end of the season we would evaluate him.

“We had a meeting and now we have set a date for next week to finalise the decision. He has one more year on his contract.

“Yesterday he had an episode that saw him have to go to the hospital, but he is fine. I called him.

“I want the understanding and acceptance of everyone involved in this project. I can tell Ronald what I think and vice versa; he can tell me, always with respect. I have told him what I had to tell him: that we are evaluating and analysing the season.

“We have a clear and direct relationship. He is a coach who was already there, he has one more year [left on his deal].” 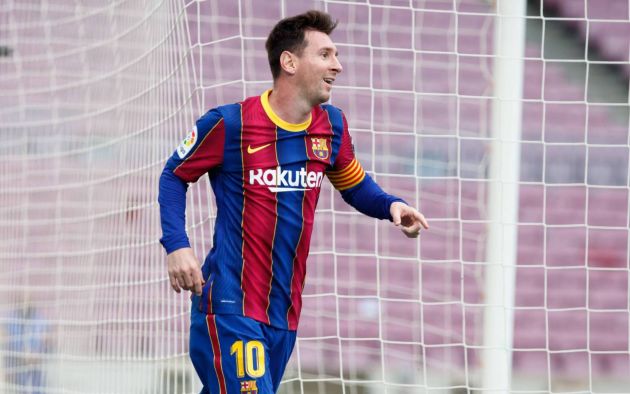 The likelihood that Lionel Messi will stay at Barcelona is increasing, but still isn’t completed

The way in which the Catalans ended the season was disappointing and, if anything, showed that they need to strengthen in certain areas.

“Next week we will announce new additions to the first team,” he continued.

There was also the matter of Barca having to play some of their games at Espanyol’s old Montjuic ground, and Laporta was quick to clarify this, per Sport.

“There will be a moment, we estimate in eight months, when the roof will have to be done and we will not be able to use the stadium,” he said.

“[…] We will have to move, but it won’t be for as long as we originally thought. We want the public to be at the new stadium as soon as possible.”

Barcelona’s long-suffering supporters will now be waiting with baited breath to see which new signings are unveiled next week. 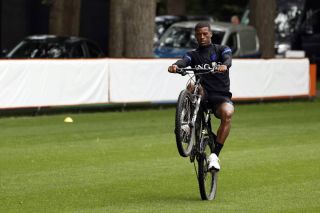