Arsenal are interested in Raheem Sterling and Riyad Mahrez, both of whom could be sold by Manchester City this summer, according to the Daily Mail.

The Gunners secured an eighth-place finish in Mikel Arteta’s first full season in charge, which is a pretty good result considering the depths they were in before the turn of the year.

Stan Kroenke will know that the Arsenal fans will not tolerate playing outside of Europe for long, though, with investment into the first-team squad an absolute necessity this summer.

While it remains unclear just how much Arteta has to spend, the Daily Mail believe that Arsenal are aiming high, with Man City’s Raheem Sterling and Riyad Mahrez both targets. 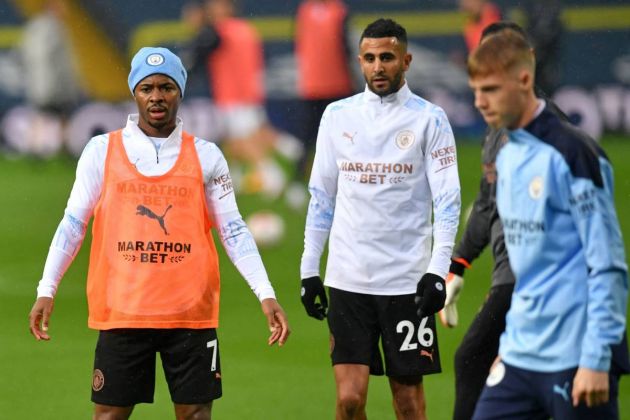 Arsenal have made a habit of mopping up Chelsea’s sloppy seconds in recent years, and if the information provided by the Daily Mail is accurate, they could be set to do it with City.

Surprisingly, the report claims that both players will be available for transfer this summer, with City looking to raise funds for their attempts to sign Jack Grealish from Aston Villa.

Mahrez and Sterling are both key players of Pep Guardiola’s squad, even if the latter isn’t guaranteed to start week in, week out. It would be a surprise to see either sold.

However, the Daily Mail report that Grealish is valued around the £100M mark, while Harry Kane is also thought to be a target. Man City may well need to sell in order to buy.