Chelsea midfielder Jorginho wants to leave the club this summer, according to agent João Santos.

Jorginho is a key asset in the middle of the park for the Blues, frequently starting alongside N’Golo Kante.

His distribution from the heart of the midfield keeps Chelsea ticking over, hence his constant inclusion under Thomas Tuchel.

With today being Champions League final day, you’d imagine Jorginho’s full focus would be on bringing the trophy back to West London.

However, his agent has decided that now would be a good time to reveal the player’s intention to return to Serie A this summer. 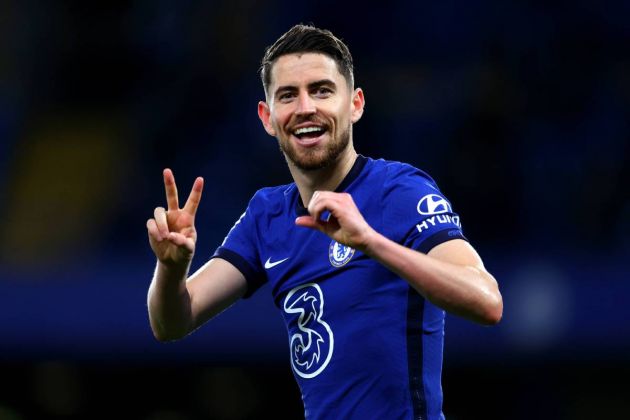 Jorginho celebrates a goal for Chelsea

“He will think about the European Championship and, at the end of the competition, we will see. He would like to return to Italy, but to see him again at Napoli, it [transfer] depends on Aurelio De Laurentiis [Napoli chairman].”

Chelsea fans are going to be furious – and understandably so. The timing of these comments could not possibly be any worse.

Jorginho’s agent has continually attempted to push the narrative that his client wants out of SW6, though the player himself is yet to comment.

If the Italy international doesn’t show up against Manchester City tonight, there will be serious questions to be asked of him.