According to Mundo Deportivo, Eric Garcia has taken a shot at Manchester United in an interview with Catalan newspaper L’Esportiu as he prepares to leave rivals City for a return to Barcelona this summer.

The 20-year-old, who will return to Barcelona on a five-year contract as a free agent this summer, was asked about comparisons to Gerard Pique, the Blaugrana’s long-serving centre-back.

Garcia showed a humble character as he poured cold water on similarities to Pique, his future teammate who has ‘achieved everything’.

Despite that, the youngster showed his comedic side as he used the opportunity to take a dig at Manchester United, by spelling out the only comparison between himself and Pique.

Garcia insisted the only comparisons are that they both came through La Masia and later went on to play in Manchester, but Eric points out that Pique had the misfortune of being at the ‘not so good’ team.

The City man didn’t stop there as he added he was fortunate enough to represent the ‘best team in Manchester’, which is a ‘pity’ for Pique. 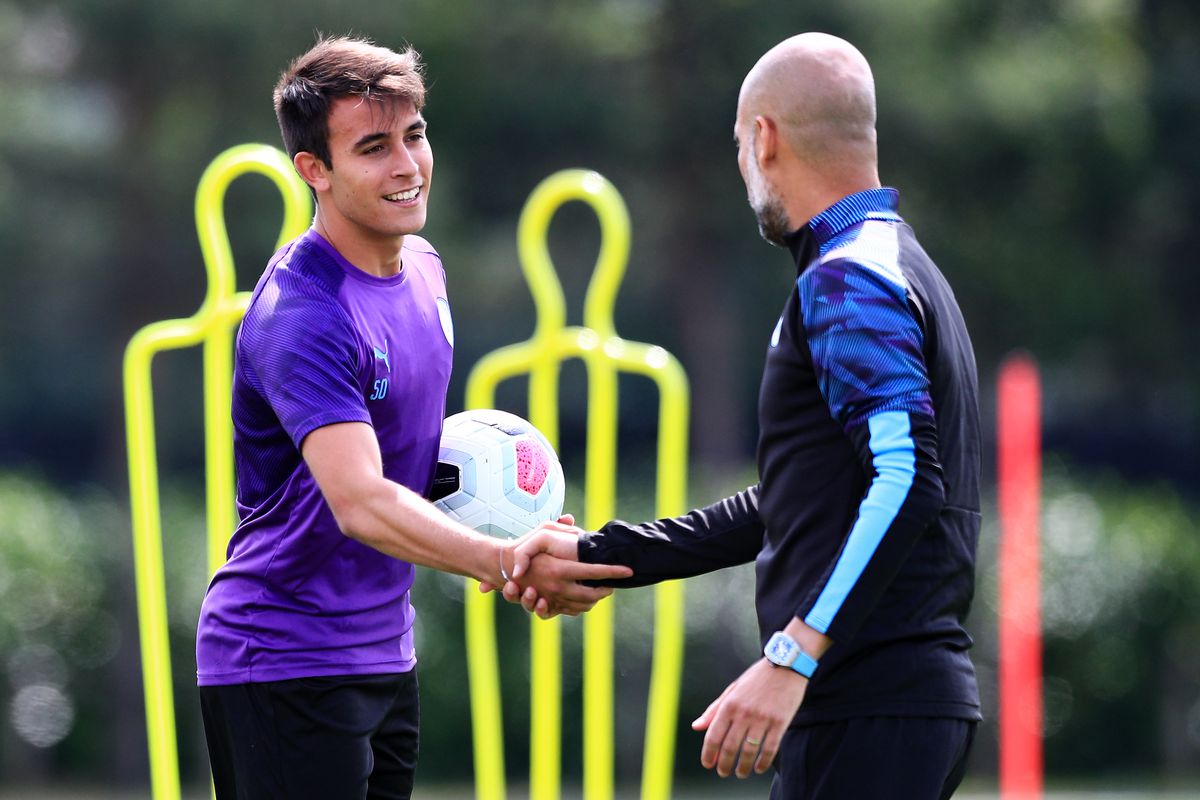 Eric Garcia is on the way back to Barcelona after being afforded a chance to shine by Pep Guardiola.

Here is what Garcia had to say on the comparisons, finding a way to fit in a jibe at United:

“I don’t give it any importance because we are different footballers, right?”

“The truth is, I take away the issue. Gerard has achieved everything, he is one of the best centre-backs in the world, he is more than recognised and I am 20 years old and I am practically starting my career.”

“So the only possible comparison is this, that we are both from La Masia and we lived in Manchester, but he played for the team which is not so good.”

“I have had more luck and have been able to play in the best team of Manchester. A pity for him.”

Garcia will have his last experience with Manchester City tonight as they face off against Chelsea in the Champions League final.

The promising centre-back has seen minimal action after it became apparent that he would not sign a new deal with the Citizens and instead secure a dream return to Catalonia.

Garcia established himself as a defensive talent to keep a real eye out for with an impressive breakthrough into City’s first-team last season, thanks to Pep Guardiola.