Arsenal are one of the clubs in the running to sign Barcelona right-back Sergino Dest, according to SPORT report Toni Juanmarti.

The Gunners finished eighth in the Premier League this campaign, missing out on even the UEFA Europa Conference League. Arsenal fans will not tolerate that sort of failure again, meaning the pressure is on Mikel Arteta.

While he is the manager and ultimately is to blame if Arsenal fall short, he can be significantly aided if backed by Stan Kroenke in the transfer market. You have to imagine Arteta would be keen on strengthening his squad this summer.

As per Toni Juanmarti, SPORT, Barcelona’s American sensation Sergino Dest has come up in those conversations, with Juventus and Bayern Munich also thought to be in the running to sign him. 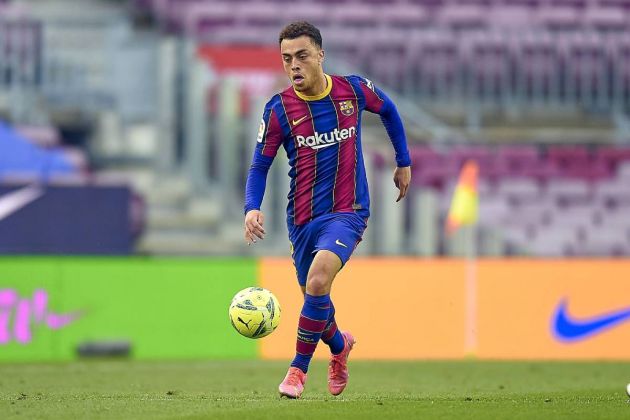 Sergino Dest in action for Barcelona

However, the 20-year-old has insisted that he will not be leaving the Nou Camp this summer, which leaves it looking likely that Arsenal will have to pursue alternative options if they wish to sign a right-back in this window.

According to Football London reporter Chris Wheatley, Real Betis are exploring the possibility of signing Hector Bellerin, which would leave Arteta short of options in that area of the field.

Nonetheless, Dest will not be the solution – or so it seems.