The Brazil international only joined the Gunners from the Blues last summer, and he’s not exactly been a big hit at the Emirates Stadium after a quiet debut season in north London.

Willian might be regretting his move after such a great career at Chelsea, and especially now as he could’ve got his hands on a Champions League winners’ medal if he’d remained at Stamford Bridge for just one more season.

Either way, Willian hinted he was enjoying watching his old club lift the trophy last night as he paid tribute to the performance of his old team-mate N’Golo Kante with this post on Instagram… 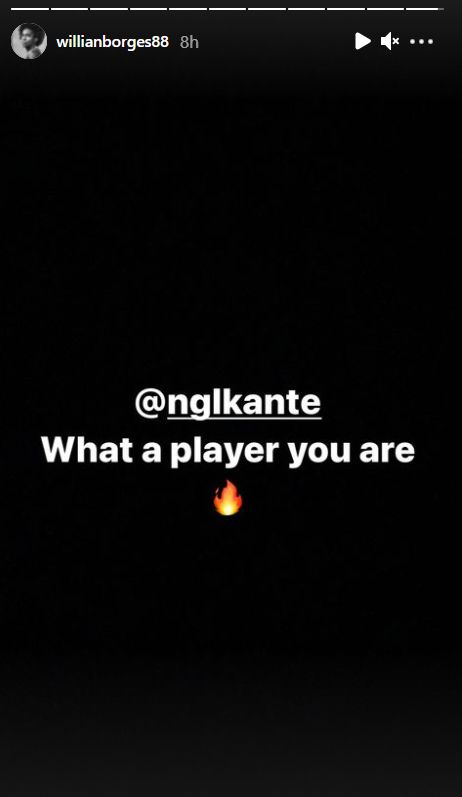 Kante is a great player and that is surely universally recognised by now, but we imagine it meant that little bit more to Willian, who spent so much of his career with Chelsea.

Still, we’re not sure Arsenal fans will feel too happy about seeing one of their players so obviously focused on the success of one of their biggest rivals.