Paris Saint-Germain are in talks over signing Moise Kean on a permanent deal from Everton, reports Fabrizio Romano.

Kean, who burst onto the scene at Juventus as a youngster, moved to Everton, but failed to adapt to the demands of the Premier League. As a result, he was shipped off to Paris Saint-Germain on loan.

After a bright start, Kean’s form became patchy, but he showed sufficient promise at the Parc des Princes to warrant PSG pursuing a permanent deal to sign him, especially considering he’s only 21.

As per Fabrizio Romano, that’s exactly what they’re doing, with talks underway between the two parties over striking a deal which would see the Italian move to Paris on a permanent basis.

Moise Kean has been excluded from Italian national team for #Euro2020. Paris Saint-Germain are still negotiating with Everton to sign Kean after his loan spell – #EFC are open to sell him. ??? #PSG #transfers 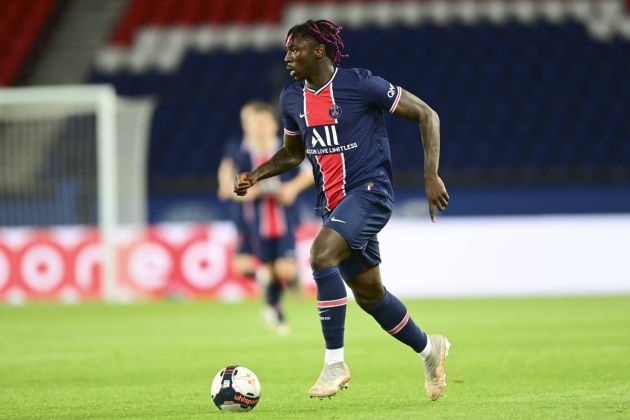 It remains to be seen exactly how much Everton will demand in exchange for him, but 13 goals in 26 Ligue 1 appearances is a pretty impressive record. They’re not going to roll over and sell him on the cheap.

From PSG’s perspective, Kean is a promising attacking player who can play anywhere across their forward line.

Considering he has already settled in the French capital, signing him makes perfect sense – assuming that Everton are not intending to rinse them of their entire transfer budget.

Click here for more of the latest PSG news