Rudiger was booked for a heavy collision with De Bruyne during last night’s Champions League final, which ended the Belgian’s evening.

De Bruyne has today given an update on his condition, revealing that he broke two bones, in his nose and eye, which surely casts doubt over his involvement at Euro 2020.

Hi guys just got back from the hospital. My diagnosis is Acute nose bone fracture and left orbital fracture. I feel okay now. Still disappointed about yesterday obviously but we will be back

Rudiger, who was influential for Chelsea in winning the Champions League, has now taken to Twitter to apologise for the damage done to De Bruyne.

I’m really sorry for @DeBruyneKev‘s injury. Of course this was not intentional from me – I’ve already been in touch with Kevin personally and I really wish him a speedy recovery & hope we can see him back on the pitch very soon again ??? #UCLFinal 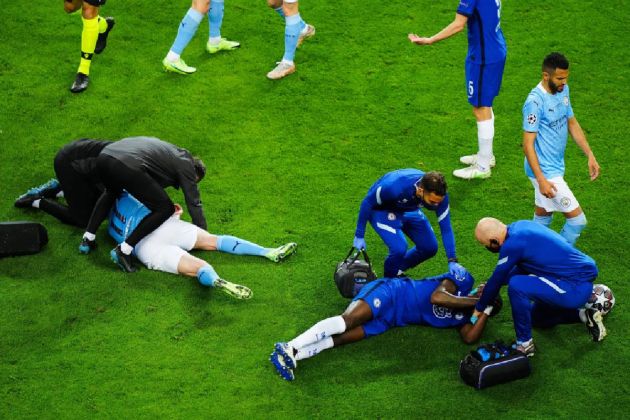 While there was no intention from Rudiger to hurt the once Chelsea man, it was a hefty challenge, the kind which often leaves players unable to continue.

Roberto Martinez will be hoping for the best but ought to prepare for the worst. Euro 2020 is just around the corner, and his best player currently has two broken bones.