The young Frenchman has had a difficult few years after falling out of favour at the Emirates Stadium and heading out on loan to Hertha Berlin this season.

Still, it seems Guendouzi’s form in his time in the Bundesliga could now earn him a big move this summer.

See below for the latest from journalist Alexis Bernard… 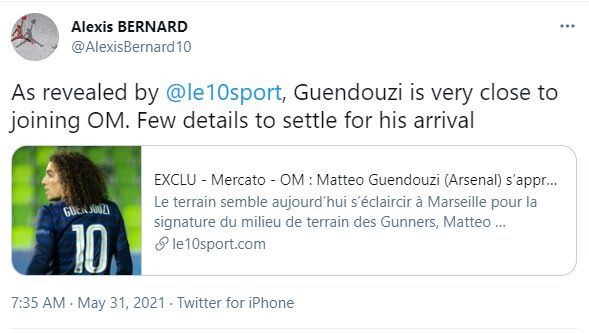 Guendouzi looks close to finalising the details of his move to Marseille, and Arsenal fans will probably be relieved they’ve found a buyer for him.

The 22-year-old certainly had plenty of potential when he first joined the Gunners, but it now seems it would be for the best if he moved on.