Chelsea are reportedly eyeing up a potential transfer deal for French wonderkid Eduardo Camavinga this summer.

The Rennes midfielder is mentioned as being among one of Chelsea’s transfer targets in a report from the Guardian, though he’s one of a number of players the west London giants are looking at.

Chelsea could do with making some changes to their squad this summer, even if they did just win the Champions League final on Saturday night.

MORE: Chelsea legend names their player who’s worth “a billion!”

Thomas Tuchel has done a great job in his short time at Stamford Bridge, but it would be unwise for the club to rest on its laurels if they want to be more consistent and push for the Premier League title next year. 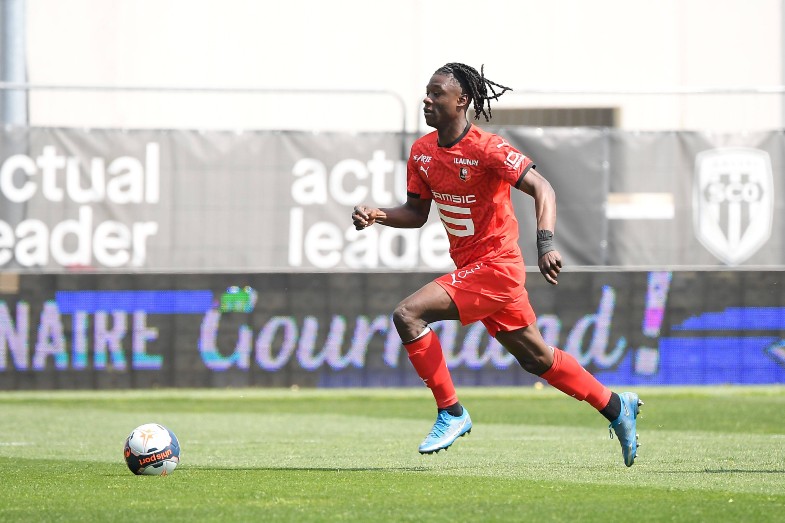 This term, Chelsea only just scraped into the top four on the final day of the season, and they were never really in the title race at any point after a slow start to the campaign.

Someone like Camavinga could be useful to give them more spark in midfield than is currently provided by the likes of Jorginho and Mateo Kovacic, while youngster Billy Gilmour is probably not yet ready to be a regular.

Arsenal have also been linked with Camavinga by Le 10 Sport in recent times, with their report suggesting the talented 18-year-old would likely cost around €50million.

The Gunners also need more quality in midfield, but they’d surely struggle to beat Chelsea to his signature right now as it’s hard to see the Emirates Stadium being a tempting destination for such a talented young player.