When the Europa League final between Manchester United and Villarreal went to penalties, it was almost a foregone conclusion that the Spanish side would emerge victorious.

David de Gea’s inability to save a single spot-kick on the night was the clincher for Villarreal, with the keeper missing the decisive penalty himself.

It had led to questions as to why Ole Gunnar Solskjaer didn’t utilise Dean Henderson for the shoot-out, given that he’s record of saving one in every four penalties he’s faced in his career, is much better than his contemporary, who hasn’t saved a single one he’s faced since 2016.

That’s riled former England No.1, Peter Shilton, who believes that it’s disrespectful to even suggest that you’d take off a keeper who has played almost 120 minutes for you. 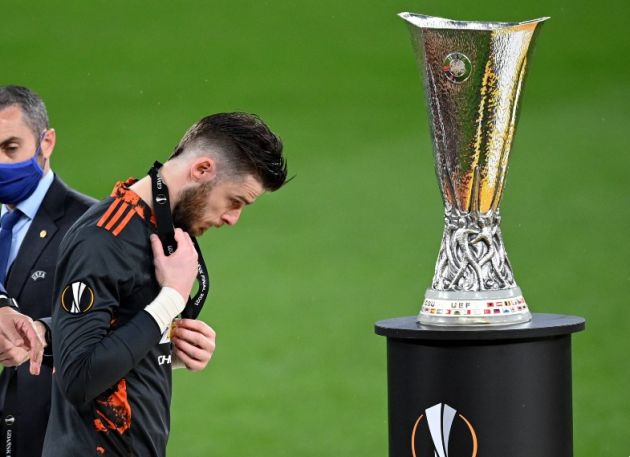 It’s unfortunately turned out to be a nightmare end to a difficult season for De Gea.

“With penalty shootouts you need a bit of luck,” he told the ipaper.

“Some goalkeepers are better than others or luckier. I think it’s a bit disrespectful to say to a goalkeeper ‘look you’ve played the whole 90 minutes or whatever but you’re not good enough to save a penalty’.

“Jordan Pickford faced four at the last World Cup and didn’t save any and then the fifth one the fella [Carlos Bacca] gave him a chance and he saved one. At Euro ’96, David Seaman saved one against Spain and then didn’t save any out of six against Germany. That’s how penalty shootouts are.”

Whilst Shilton’s views are understandable, that one tactical move from Solskjaer might just have won his team the final.

As it turned out, his loyalty to de Gea saw Man United miss out on silverware again.